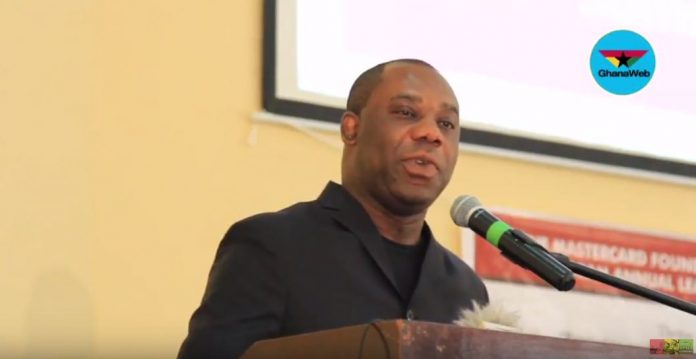 Education Minister Dr Mathew Opoku Prempeh has described as “fake news”, reports that he intends licensing teachers before they become eligible to teach.

“Since I became a Minister, I have not on any public platform spoken anything about teacher licensing,” Dr Opoku Prempeh told the leadership of the National Association of Graduate Teachers (NAGRAT) at its 12th National Delegates Conference in Kumasi.

The Ghanaian Times reported on 15 August 2017 that the National Teachers Council (NTC) of the Ministry of Education had announced that teachers will now have to pass a special examination before being granted a licence to teach.

The move, according to the NTC, as reported by the Ghanaian Times, is to enforce discipline and eliminate non-performing teachers from the system, in accordance with the new Teachers Licencing Policy under the Education Act 778 (2008).

The story said Dr. Augustine Tawiah, Executive Secretary-designate of the National Teaching Council of the Ministry of Education, disclosed the new policy in Accra at the closing ceremony of a five-day intensive in-service training workshop for teachers in the Greater Accra Region.

According to Dr. Tawiah, as reported by the paper, all formalities for the full implementation of the Act had been finalised and a secretariat to issue the licence had been established.

Dr Tawiah was reported as disclosing that beginning next January, the ministry would undertake re-registration of all teachers in the country to facilitate the issuance of the licences.

He said, no teacher could teach in any school in the country without the Teacher’s Licence from next year.

Dr. Tawiah explained that renewal of the licence would be based on professional competence and development of teachers, stressing that, all teachers would be expected to renew their licence within three to five years.

“There are some teachers who, right after graduation from the training colleges, do not upgrade their knowledge in their subject areas and also do not upgrade their teaching skills and methodology. Teachers who would apply for renewal of licence must prove they have personally undertaken some professional upgrading of knowledge and skills”, the Ghanaian Times quoted him as saying.

However, Dr Opoku Prempeh said on Wednesday, 30 August 2017 at the NAGRAT Conference that the story was cooked up out of mischief.

“The mischievousness of the press, we should all see. Go and check the dailies, 3 August 2014, national teaching council executive secretary makes a statement on teacher licensing. I’m happy all the unions say they are being engaged for a long time,” the Manhyia South MP said.

He clarified that: “Actually the council of the national teaching council was formed just about three weeks ago. How could it have been that the council says that they are starting teacher deployment? It is not true. But if we believe everything fake news producers will put out there, we would insult ourselves to death.”