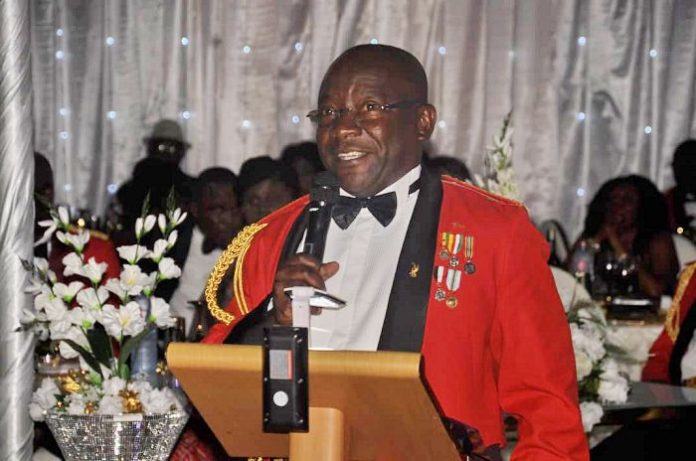 Information available to DAYBREAK indicates that personnel of the Ghana Armed Forces are not only protecting illegal mining sites in some parts of the country, but are also protecting privately-owned farm plantations.

The revelation comes in the wake of reports about platoons of soldiers in secret galamsey activities, with both government and military appointees unable to come clean on the alleged acts of complicity.

One of such plantations, DAYBREAK gathered, is in Lailayi near Kwame Danso, a town in the Bono East Region of Ghana, with the operations code named “Galadima”.

According to our sources, Lieutenant Colonel Nyante, who is currently the Army Secretary, was the Chief Operations Officer for Central Command when Operation Galadima was launched.

Just like the protection given to the illegal mining site at Tontokrom in the Amansie West District in the Ashanti Region, soldiers from Central Command are mainly in charge of this operation with rotation done every two months.

DAYBREAK is reliable informed that eight soldiers are sent on this duty with a certain WO2 Nkansah as the Guard Commander. As we do this piece, the soldiers on Galadima duties were sent there just about a week ago.

It would be recalled that the Ghana Armed has been in the news for allowing some of its personnel to protect an illegal mining site in the Ashanti region.

While a swift response, which is characteristic of the Directorate of Public Affairs, was appropriate, the issues generated more questions than answers.

In 2017, the then Minister of Lands and Natural Resources, Mr John Peter Amewu, challenged the leadership of the Ghana Armed Forces (GAF) to come clean on the activities of some soldiers who have been providing security at illegal mining sites.

The Minister threw the challenge when he found two soldiers providing security at an illegal mining site at Tontokrom in the Amansie West District in the Ashanti Region during the final lap of his four-day visit to the region.

When he asked the soldiers, who were in full military uniforms and were holding MG16 rifles, how they got to the site, they mentioned the name of a senior military officer (name withheld) as the one who had assigned them to the area.

Mr Amewu ordered the arrest of two Russians and two Ukrainians for their alleged involvement in illegal mining in the community and caused the confiscation of their machines at the site.

He was accompanied by his two deputies then, Mrs Barbara Oteng-Gyasi and Mr Benito Owusu-Bio; the then Chief Executive of the Forestry Commission, Mr Kwadwo Owusu-Afriyie, and officials of the Minerals Commission.

Meanwhile, the then Minister of Defence and caretaker minister now, Mr Dominic Nitiwul, ordered the Chief of the Defence Staff to immediately launch investigations into reports that some military men were providing security for illegal miners.

Reacting to the call by Mr Amewu on the GAF to come clean on the involvement of some military men in galamsey operations, Mr Nitiwul said the military had not officially ordered any such acts and so the culprits should be made to face the full rigours of the law, if found culpable and that was end of his alibi.