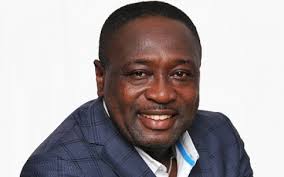 Report was occasioned by the numerous complaints of declarants (members).

Object of Report: To bring to the fore Issues of Inadequate Training, Seemingly Un-sequenced Process Flow and Operational Challenges.

The following had engaged our attention from the onset:

The above seems to have been resolved at the time of the visit.

These will be outlined in no sequential order.

It has been observed that the myriad of problems facing declarants are mostly due to the lack of proper mapping of the process flow, inadequate training of declarants and unresolved systemic issues. These have all culminated in serious delays leading to untold hardship. Demurrage and rent payments have become the norm with no respite in sight. Quality assurance is key to repose confidence in the new system. These are not normal times, the scourge of COVID-19 presents a clear and present danger to us in view of the very predictable massing up of our compatriots in search for solutions. We have seen this happen, the state will have to tarry awhile in the implementation to get all the fundamentals right. An attempt to introduce this in busier ports like KIA and Tema would be disastrous to say the least.