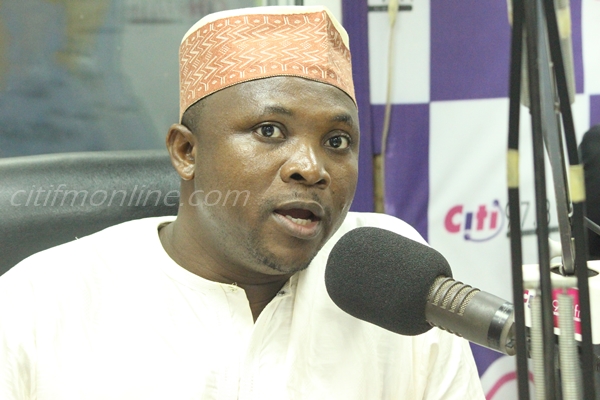 Though not confirmed beyond doubt, Mr. Daara is believed to be on his way to Zylofon, an emerging brand run by multibillion dollar young man by name Nana Appiah Mensah of Menzgold fame.

If it turns out to be true that Daara is moving to Zylofon, it raises questions on how far he has been interested in joining Zylofon.

A report that Mr. Daara is leaving the GFA comes as a shocker to many as he is considered a pro-Nyantakyi person, who would stop at nothing to defend his boss.

According to sources, Sani Daara cannot take blame for his role at the Ghana Football Association, with some even alleging that he could be linked  to the yet-to-be-premiered ‘Number 12’ by ace investigative journalist, Anas Aremeyaw Anas.

Earlier this year, Ibrahim Sani Daara had disclosed to Kumasi based FOX 97.9 FM that his boss Kwasi Nyantakyi was under intense pressure to seek another tenure as the FA president in the 2019 elections.

Nyantakyi, who has held the position since 2005, will have his current tenure ended by 2019, an election year for the FA; and he seems to be in the quagmire as to whether or not seek reelection.

Speaking to FOX 97.9, the FA spokesman Sani Daara stated that the FA boss is under intense pressure to contest for the elections next year as many people in authority and most football administrators are pushing for him to contest.

“Nyantakyi is under pressure to contest (for the elections), many people are pushing for him to contest again,” Sani claimed.

Nyantakyi has been quoted in the media as saying he will not seek re-election next year as the FA president, but his current silence on the situation leaves many in the balance.

He further added that he expects NiiLante to correct all the wrongs and the animosity he triggered between the GFA and the Sports Ministry and to solely concentrate on his Parliamentary job, since he will not be Sports Minister again after January 7th.

Sani Daara adding that Nii Lante reported many lies about Kwesi Nyantakyi who is the federation’s president, and also stepped on the toes of some highly respected personalities in the country, just for the cause of his fruitless agenda.