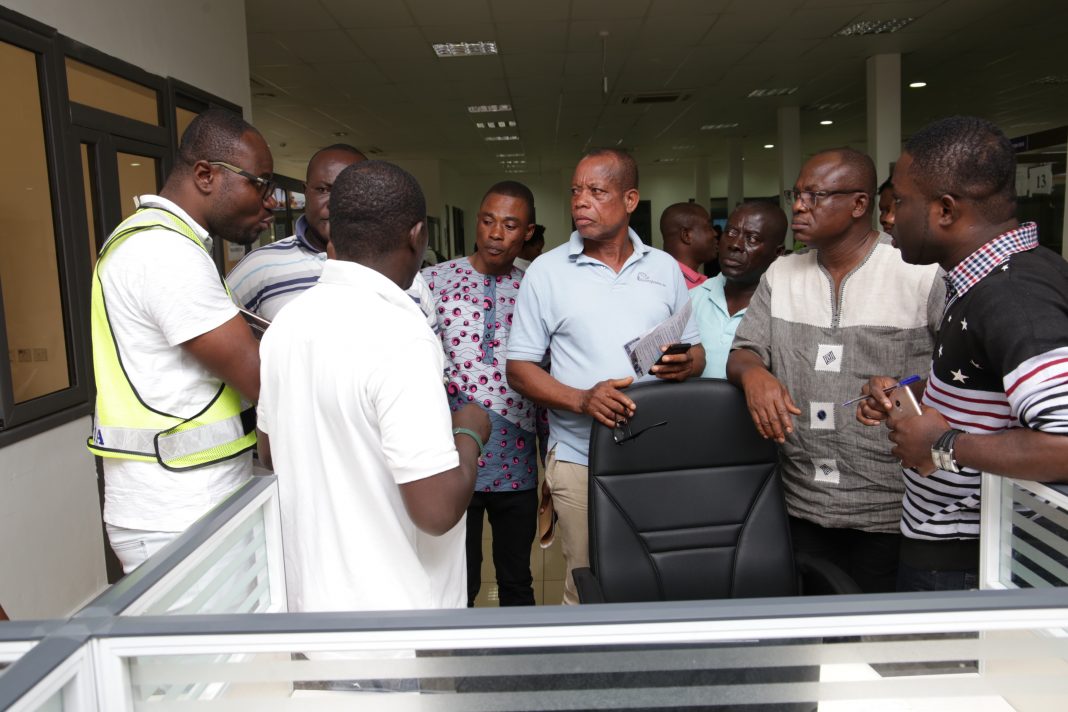 In May 2017, the Vice President, Dr. Mahamudu Bawumia gave three directives at a port efficiency conference he organized to improve trade in the country.

He followed up with an official road map of the paperless process flow to guide the operators and agencies in the port clearance chain.

On Friday September 1, although the Ports delivery unit which requires clearance transactions did not function because it was a statutory holiday, the ship side of the Port operations was functional and according to the Port Authority two people made request online which the Port Authority’s operational team were able to respond to and served appropriately.

“We received 2 requests for service from the GICCS platform one is a reefer container and the other was a dry container. When the request was received we have been able to generate an invoice and sent it back to the GICCS platform for the agent to have access” a GPHA’s Corporate planning and Monitoring Manager, Josephine Gyima-Akwafo revealed.

However on Saturday 2nd September, as expected on weekends the revenue centre was a bit slow, but pockets of clearing agents came to the GPHA revenue centre to make enquiries on how to make their requests on line.

According to the General Manager, Marketing and Corporate Affairs of GPHA, Esther Gyebi-Donkor, the Port Authority has provided a customer service center to assist agents to use the online systems without any difficulty.

“We were able to put our customer service in place. We ensured that all the people who came to the revenue centre to process the old forms we gave them detailed exposure on how they have to start making their request in the system from Monday”.

The Director General of GPHA, Paul Asare Ansah, the Director of Tema Port Edward Osei and the General Manager, Corporate Affairs and Marketing at GPHA toured the various centres to ascertain the number of requests made by agents.

According to the Port Authority importers or clearing agents who had started the clearance procedures and made their request during the period of using paper before 1st September will be allowed to complete their paper transactions until all such transactions are gradually faced out within a very short transition allowance period.

“The number of people who came around to do the clearing had started the process already with the old system so what we did was we had to go through a transition period to allow them to clear those ones through the old system” said General Manager, Marketing and Corporate Affairs of GPHA, Esther Gyebi-Donkor.

The team also visited other parts of the Port including Terminal One, the Golden Jubilee Terminal and so on.

The Port Authority believes the successful take-off the paperless operations will continue in the days to come and where there will be challenges, it will work gradually to perfect the system.

IT systems reliability and sustenance

The IT Systems providers said with the new electronic systems of clearing import goods at the Port, Compliant Traders are to benefit from with their goods cleared hours within the new established KPIs.

All Green/Compliant transactions as passed by the Risk Engine, will process their customs Release, Port Request for Delivery Allowed, Port and Terminal Payments, Way Bill, Loading and existing within 4hours.

The paperless Port Reform rewards Importers and Agents who present genuine and legible supporting documents before the arrival of the vessel or flight, in line with the existing Pre Arrival Assessment Reporting Process.

All illegitimate freight forwarders or clearing agents are also being urged to register with recognized and registered clearing or freight forwarding agency in order to harness the full benefit of an automated clearing procedures at the Ports.