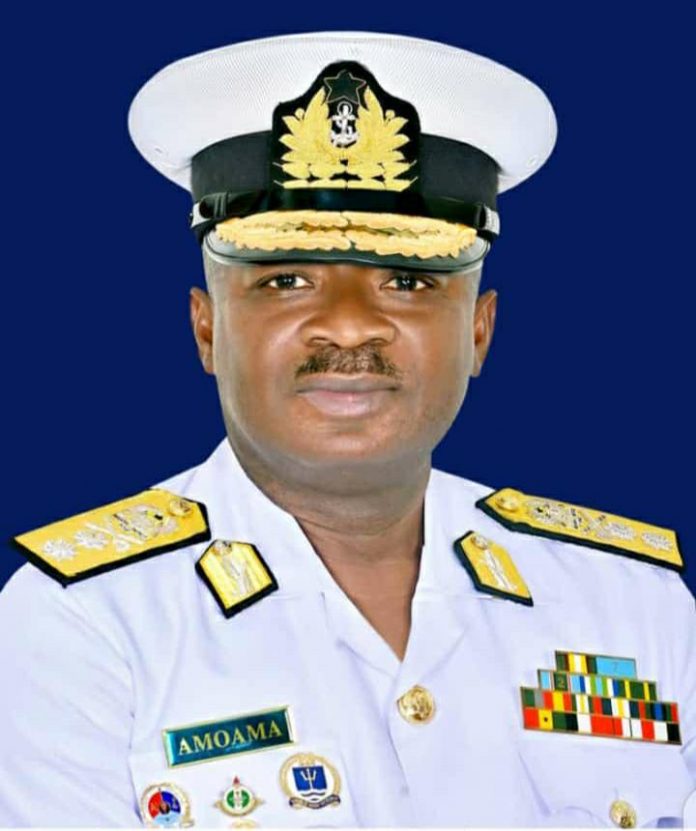 Lieutenant Colonel AY Owusu, the Commanding Officer of the 64 Infantry Regiment of the Ghana Armed Forces, has been released of his command duties.

Replacing AY Owusu is Lieutenant Colonel FK Agyeman, whose secondment as Director of Operations for the Ministry of National Security was reversed for his inappropriate conduct in the arrest of Citi FM’s Caleb Kudah.

AY Owusu has been moved to the Army Headquarters, where according to DAYBREAK sources, is on his way out to the United States of America for a military course.

Already tongues are wagging as to why Lieutenant Colonel FK Agyeman, who had already been penciled for the course in the United States before his secondment to the National Security Ministry, was not made to go, if truly the Army Commander wanted to protect his career.

DAYBREAK has it on authority that a two-star general is on record to have stated that he would resign should the young Lieutenant Colonel be sanctioned.

In a statement authored by the National Security Minister last week, Albert Kan Dapaah said “the conduct of Lt. Col. Frank Agyeman and some officers was inappropriate and was a contravention of the ministry’s standard procedures.”

Strangely, the military officer was directed to report to the Chief of the Defence Staff (CDS) “for further action and investigation” when it was the Army Commander who deployed him to National Security.

The media space, following the arrest of Citi TV reporter by National Security operatives for filming the facility and transmitting same to a destination, was turbulent.

The reaction of the public was divided, with a section accusing the journalist of acting unlawfully for entering a National Security premises, without authority, and evening filming. In the estimation of other elements, the National Security reaction was heavy-handed.

In a swift reaction, President Akufo-Addo directed his Scribe, Nana Bediatuo Asante to “reach out to the affected journalists to ascertain their well-being,” as contained in a statement from the Communications Directorate at the Presidency.

The foregone directive notwithstanding, the President also directed the National Security Ministry “to investigate the incident and report to him within 72 hours.”

The President’s action was contained in the statement asking the security agency chiefs to “seek to ensure that the security officials and the journalists conducted themselves in a manner consistent with our laws.”

The National Security operatives claimed at the time that the journalist was engaged in a surreptitious filming of a restricted zone and transmitting footage thereof to  his colleague, Ms. Zoe Abu-Baidoo, who was also brought in later for questioning by armed operatives to the station located at Adabraka, Accra.

The Ministry of National Security, in a statement authored by the Chief Director, Lt. Col. Ababio Serebour (Rtd), explained the circumstances surrounding the action thus.

On May 11, 2021, Mr. Kudah was seen filming within the precincts of a National Security installation in breach of the ‘No photography’ rules at such security zones, having gained entry using false pretence. Continuing, the statement pointed out that the journalist surreptitiously forwarded the footage to Ms. Zoe Abu- Baidoo.

The Ministry of National Security, the statement added “strives, at all times, to uphold the ethics and professional standards guiding operational duties. This includes, but not limited to, interrogation processes for persons who are required to assist in investigations.”