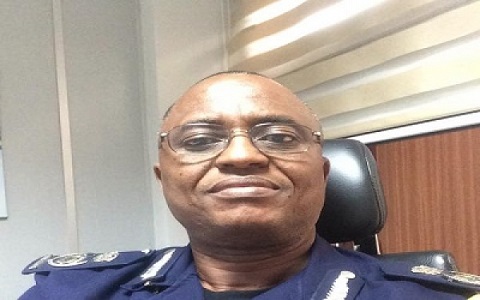 Reports reaching DAYBREAK indicate that, in spite of an act of fraud perpetrated by a Customs Officer, he has been promoted by the Ghana Revenue Authority Board.

The officer, Edward Osei, Chief Revenue Officer in charge of Preventive Tema Sector, in a letter dated October 25, 2017, is cited in a letter from a complainant, accusing him of accepting bribe and allowing clearance of intercepted consignment.

The Customs Officer has admitted the act of roguery but insists that DAYBREAK cannot be wiser than the Ghana Revenue Authority Board that promoted him.

The letter titled GROSS MISCONDUCT BY CHIEF REVENUE OFFICER, EDWARD OSEI (2001), and signed by the Sector Commander Tema, stated among other things as follows:

Customs Officers taking bribes and undervaluing consignments is a ways and means officials traditionally make money at the expense of the state in a one for you one for me work culture.

The letter continues that Mr. Osei disregarded instructions and allowed clearance of the consignment, adding that upon a follow to check whether the revenue had been recovered, his boss noticed that the consignment had been released following Edward’s instructions, meaning that by his actions the state lost revenue by GH¢66, 948.88.

The money, according to the letter was recovered only after a “verbal query and remarks issued in the Customs Management System (CMS).”

In a press conference expressing concern about the culture of impunity with which Customs Officers carry out their responsibilities, a group calling itself Movement for Truth and Accountability intimated that Edward Osei has been notorious for these kinds of dealings, which they claim is resulting in the nation losing millions.

According to them, they find it a huge surprise that the “same person who is causing the state to lose revenue has been promoted and transferred,” calling on authorities to investigate circumstances that led to the promotion and transfer of the Officer.

They are equally surprised that not only has he been sent to a juicy point, which is Elubo, but has threatened to expose a senior who appears not to be satisfied with his dubious activities.

Movement for Truth and Accountability is therefore asking Mr. Isaac Crentsil the Commissioner for the Customs Division of the Ghana Revenue Authority (GRA) and Commissioner-General of the Ghana Revenue Authority (GRA) Mr. Emmanuel Kofi Nti to come clean on this particular promotion and transfer at a time about 150 CEPS officers were being investigated for various forms of corruption-related matters.