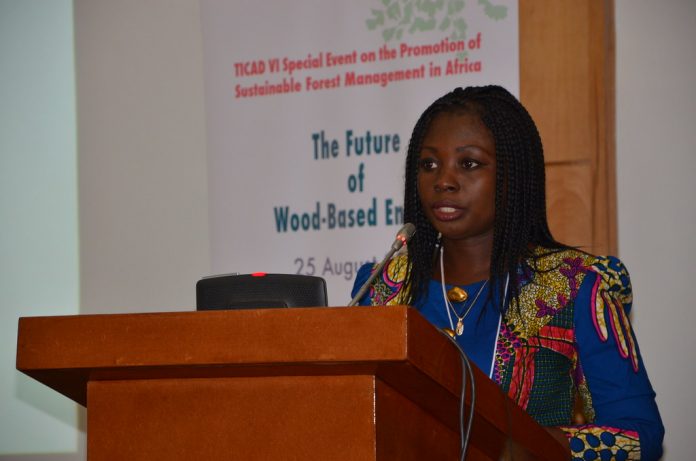 A Deputy General Security of the National Democratic Congress (NDC) Barbara Serwah Asamoah, has vehemently denied a rumour that she is having an affair with the national chairman of the opposition party.

Ms Asamoah who is the Deputy General Secretary in charge of Administration is being accused of having an amorous relationship with Mr Samuel Ofosu Ampofo, an elder of the Pentecost Church.

The allegation by one Apostle Kwabena Owusu Adjei of Hezekiah Prayer Ministry who says the said affair is an open secret as far as the party’s Adabraka headquarters is concerned, has got the politician very angry leading to her raining curses on him.

Apostle Adjei is the same man of God, who was arrested last year by National Security with weed after threatening the Electoral Commission (EC) boss, Jean Mensa during a public programme.

The preacher man is said to have gone public posting on social media about the two national executive members of the NDC and their alleged affair.

Days ago, Barbara who is a lawyer of many years, had dared to call her accuser, Apostle Adjei, to set the record straight but things didn’t go well between the two.

Recorded audio of their altercation has been intercepted by this paper.

In the five minutes audio, Ms Asamoah, who was popular during the FONKAR days under late President Mills, is heard having hot exchanges with Apostle Adjei.

Initially, the politician had sought to explain to the man of God that she was in no amorous relationship with her chairman, who was once a Minister for Local Government and Rural Development under President Mills.

However, what was expected to be a simple explanation degenerated into a heated argument leading to curses and insults.

In the 5:23 seconds audio, the NDC Deputy General Secretary is heard introducing herself to Apostle Adjei, telling him to record him if he likes.

“Hope you know me I am going to have a conversation with you can choose to record it.

I have just seen a post that you are saying that I am doing lovie lovie with the national chairman”, her initial comment said.

She then went on angrily revealing personal stuffs and at the same time saying if he was indeed an Apostle, he would have known that she’s not been with a man over the past five years having dedicated herself to God.

“I hope you are a man of God if you are a true man of God, you will know that me Barbara, for the past five years, I have dedicated my life to God. I have not slept with any man let alone Ofosu Ampofo”, she said.

But Apostle Adjei at this point also interjected telling her not to explain anything to him but take steps to end the rumour because it is all over.

“Listen to me, don’t even go far then stop the news, take measures to stop the rumours going on in the vineyard if you believe it is so. That is all I can say because it is all over the place”.

Barbara at this juncture rudely took a swipe at her accuser saying “So far as you say you are a man of God, I expect you to know when something is right or wrong.

As for me, Barbara, I have dedicated myself to God I serve and I don’t sleep with men and so I am telling you, if you call yourself a man of God and you go about maligning me, I will bring hell fire, fire from heaven on you”.

Here, tempers flared as both threw jabs at each other.

Ms Asamoah told the Apostle she was a child of God and so her name cannot be tarnished for something she knows nothing about. She indicated she will ensure the Apostle is rearrested and disgraced again.

“If you smoke weed and you have gone mad and you want to bring me down, I will bring fire from Heaven on your head and you will know.

If you call yourself an Apostle, if you are an Apostle, you will know that me I don’t sleep with men and that I have dedicated my life to God. I am telling you that I don’t care what people say about me”.

Apostle also returned fired back saying “Do as you please bring whatever you want to bring on me. And I said thank God for that so like Daniel, let that God vindicate you. Why are you not allowing God to fight for you so why all this loudmouth about just answer me.

The hot exchanged went on for a long time with Barbara summing the Apostle’s as a form of “stupidity” while continuing hurling all kinds of insults and curses on him.