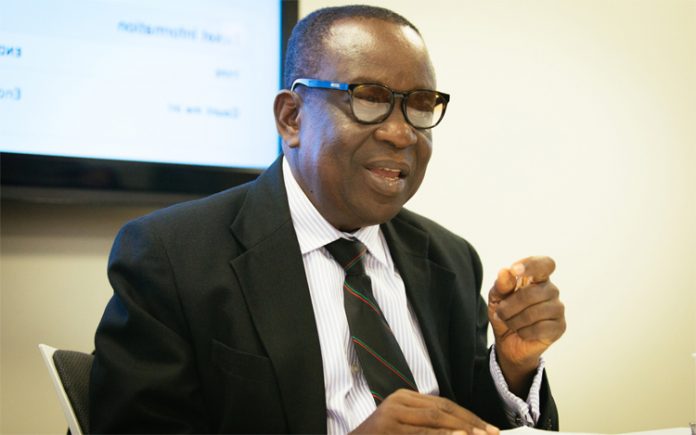 The cover of the Deputy Managing Director in-charge of Operations at the Cocoa Marketing Company (CMC) has once again been blown by a concerned member of the public who is calling for investigations against Paul Isaac Kwofie.

Mr. Kwofie’s accuser who wants to remain as a whistleblower in the meantime, has petitioned the National Security to launch an investigation into the activities of the senior CMC official.

The operations of the Mr Kwofie, the anonymous petitioner said is badly hurting the already struggling cocoa industry.

According to a copy of the petition dated 6th August 2021 sighted by DAYBREAK, the petitioner among other things accused the Deputy Managing Director of ill-gotten wealth which in his view cannot be explained considering his earnings which mismatches his wealth.

The Deputy Managing Director in-charge of Operations reportedly has properties all over the country especially affluent communities rubbing shoulders with very distinguished members of society.

Other properties he has managed to acquire are found in Takoradi and Tema with fat accounts at a number of banks including the Barclays, HFC, and Fidelity.

“With this illegal conduct, Mr Paul Isaac has amassed a lot of wealth and properties in Takoradi and Tema”, the petition claimed.

He is alleged to have amassed these wealth through “intimidation” and threat of “no allocation of cocoa to ship” to extort from helpless companies who have to pass through him before shipping is done.

“The petitioner states on authority that his wealth comes from intimidation, extortion and abuse of power at the expense and sacrifice of numerous cocoa farmers and players, some of whom can’t even afford to take care of themselves when plagued with medical emergency”.

“Any company with the interest and desire to ship cocoa must pay him to get an allocation to export”, the petition stated in parts.

It is claimed that Mr Kwofie’s maneuvering started immediately he was appointed Head of the Shipping Department of CMC.

Interestingly, this is not the first time the image of Mr Kwofie has been brought into disrupt.

In 2012, he was investigated by the Economic and Organized Crime Office (EOCO) for his role in the handling of the Jute Sacks brouhaha.

Subsequently, in 2014, he was removed from his position as Shipping Manager for these same accusations of intimidation, extortion, abuse of power as well as fraudulent wealth.

But “Mr Kwofie has somehow been able to scheme and gotten back his former post and even been promoted to a Deputy Managing Director, and this time round, he is almost unstoppable in his illegal activities”.

The anonymous petitioner contends that the Deputy Managing Director, is nothing but a threat to the cocoa industry.

“His conduct is not statesmanlike. He does not deserve to be a Public Servant. He is milking the industry and the country dry. He must be checked before it’s too late!!”