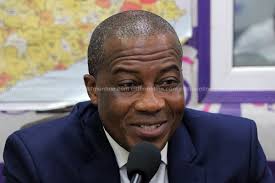 It has emerged that the National Lottery Authority (NLA) has failed to pay big ticket wins since April, last year, leaving winners in total misery and financial difficulties.

The situation has made many customers to move away from the NLA’s 5/90 games and rather patronizing the banker-to-banker lottery, which is affecting the revenue of not only NLA but incomes of NLA lotto marketers.

Mr Jacob Odame, Public Relations Officer of Lotto Marketers Association in the Northern Region, who stated this at a press conference in Tamale on Tuesday, lamented that “Registered tickets for big wins have been pending for payment since April, 2020.

The winners are waiting to be paid but the NLA has failed to pay them.”

Mr Odame added that “There is also the issue of non-payment of wins at various banks, which is becoming a problem for our customers discouraging them from staking national lottery 5/90 games and rather staking banker-to-banker.”

He said “Another problem, which is killing the business is we have what we call *959#590 mobile game. This game, we don’t know who is behind it. All the 590 games are on the mobile phone for people to patronize.

This has rendered we those accredited members of the NLA jobless because we sit in the kiosks from morning to evening and no one comes to stake lotto.”

He said there was also an issue of shortage of paper roll for almost a year saying “Without paper roll, we can’t operate.

We have complained but Management of NLA failed to address it and it’s affecting our business.”

Mr Odame appealed to the Minister of Finance to do something about the situation calling for a forensic investigation into the mobile lotto business and to stop it to safeguard their livelihoods.

No Mismanagement at NLA