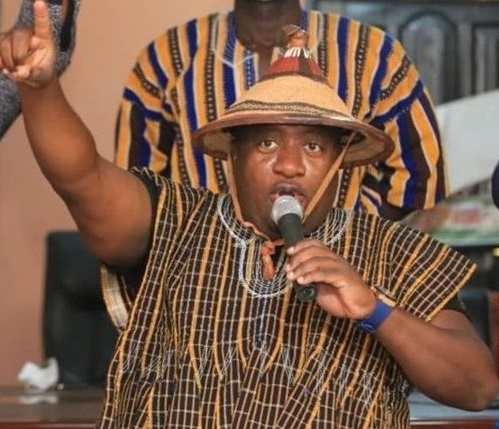 A former Deputy Executive Director of the National Service Scheme (NSS) Henry Nana Boakye, is still occupying his official bungalow allocated to him by the government in 2017.

This is even though Nana-B, as he is popularly known, resigned from that office after vying to become National Youth Organizer of the New Patriotic Party (NPP).

Recall that in 2019, Nana-B contested the Youth Organizer position during the governing NPP national executive elections to replace Sammi Awuku who also competed and won the National Organizer contest.

Grabbing that Youth Organizer position automatically meant that the 40-year-old, had to resign and vacate his official bungalow in Accra.

But, Mr. Boakye who was recently appointed the Board Chairman of the National Buffer Stock Company Limited by President Akufo-Addo, has remained in his official bungalow to the displeasure of others.

It is as though he is unaware of the fact that quitting his NSS deputy Executive Director where he was in charge of Operations did not mean that he has to forfeit all benefits that came with the appointment,

His continuous occupation of the bungalow is affecting the newly appointed Executive Director Osei Assibey Antwi.

The former Kumasi Metropolitan Assembly (KMA) Mayor, is almost stranded in Accra after his appointment a few weeks ago.

According to information picked up by DAYBREAK, Nana-B who is a lawyer by profession has simply refused to move out of the bungalow even though he has the means to get himself accommodation that is if he has no permanent place of his own in the national capital, Accra.

All efforts to get him out of the said bungalow have proved futile.

As it stands, every measure would have to be adopted to get him out so that the said bungalow can be put to good use.

Some say Nana-B, if not called to order by the appointing authority, may not quit the bungalow until the NPP leaves office.

They argue that but for the fact the party won its successive second elections, he would have vacated the place without hesitation. But now he is unbothered because his party and government still govern.