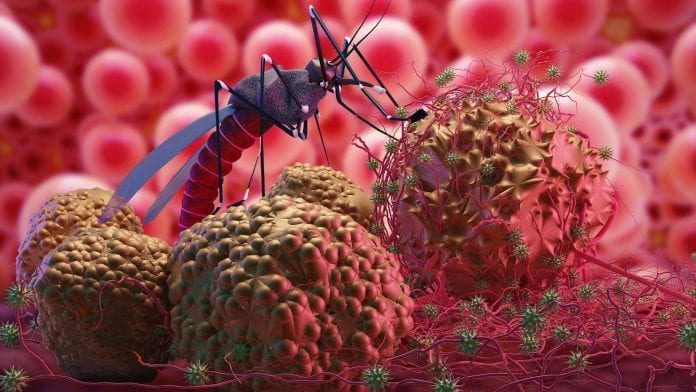 Every 2 minutes, a child dies of malaria- World Health Organisation.

“Doctor Doctor, songmi m bii maa. Dↄgu n darigi o” translated from Dagbani to English as “Doctor Doctor, help my child. He is experiencing a seizure” – the plea from a worried mother.

This is a classic case of a year-and-four-month-old child who was brought to the Prang health center in the Pru District of Bono Region with generalized seizures (also known as convulsions). I am sure that thousands of such life threatening episodes are recorded at various health facilities across the country each year.

Malaria has plagued the human population since its discovery in 1897. In 2019 alone, there were a reported 229 million cases with 274,000 deaths from malaria; Africa contributed 94 percent of the recorded cases according to World Health Organisation. Plasmodium falciparum parasites caused 99% of these cases in Africa, with Plasmodium ovale, Plasmodium vivax, and Plasmodium malariae parasites accounting for the remaining 1%. Owing to the efficient existence of the plasmodium vector – the female anopheles mosquito, malaria remains a major public health concern in Sub-Saharan Africa. Malaria accounts for more than a half of all cases reported to health facilities in Ghana, and children constituting a large proportion with complications like seizures and severe anemia. Malaria is without a doubt one of the leading causes of school and work absenteeism in Ghana.

In the developing infant, the formative years of brain interconnections are critical, these are nutrient-dependent processes. Reduced food intake due to loss of appetite and bitter tongue, as well as nutritional loss due to vomiting caused by repeated malarial episodes, may affect the supply of glucose in the blood for the child’s brain and physical growth. Plasmodium parasites (malaria-causing organisms) kill red blood cells (RBCs), which transport oxygen to our body’s organs, such as the brain. Other plasmodium species have a preference for either newly developed or older RBCs, while the P. falciparum parasite targets both.  Unfortunately, P falciparum is the most common malaria parasite in Africa. Malaria in Ghana, and for the purposes of this article – in children, is dangerous and causes serious anemia as a result of this seemingly unavoidable parasite falciparum malaria attacking a large pool of RBC. This causes reduced oxygen available to feed the young developing brain.

Every child’s brain contains several neurons (the brain’s basic functional unit) that are constantly crosslinking to form a mature adult brain with strong memory, language, knowledge recall, and intellectual capabilities. The brain’s fine detailed development is needed for comprehension of ideas and arithmetic. Multiple episodes of malaria, like cerebral malaria (malaria that affects the brain), disrupt this well-coordinated phase both temporarily and sometimes permanently. This in the long run, affects the academic work of the child. The bumps, shakes, and writhing of the head during a malaria-induced seizure cause coup and contre coup injuries (brain injuries) that kill parts of the neurons called axons and dentrites. A neuron that has been lost or killed is not easily replaced. This is one of the most common reasons for children being made to repeat a class.

Long hospital stay associated with malaria and its complications make children of school going age miss study hours and subject topics relevant for passing exams and academic advancement. Survivors tend to lag behind on returning to class after recovery. Malaria strikes these students during promotional exam weeks, causing them to retake a paper or repeat a class.

Graciously and thankfully, this long ended sequelae of malaria episodes can be avoided by

Following these precautions would go a long way toward improving student productivity and preserving the family’s financial benefits, rather than squandering them on a preventable malaria-infected infant and job absenteeism due to caring for a sick child.