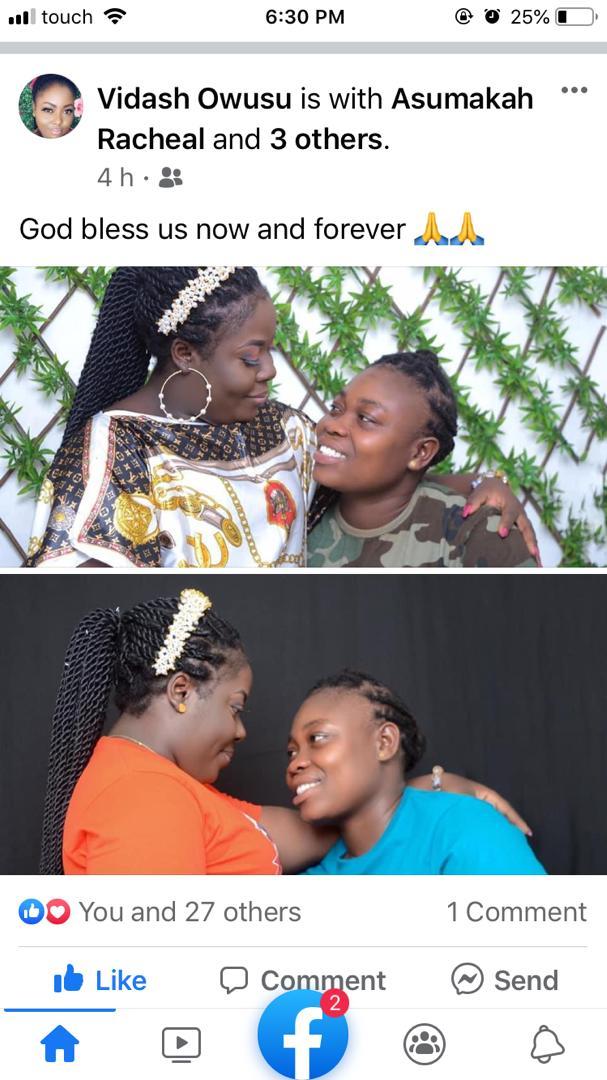 A female soldier of the Ghana Armed Forces, Staff Sergeant Vida Owusu, has found herself in big trouble, for allegedly engaging herself in a lesbian marriage ceremony last Saturday in Accra.  She is currently undergoing interrogation by her superiors.

A video gone viral shows Staff-Sgt Owusu, in a male costume, dancing seductively provocative with her married partner, as guests cheered on. This paper learned that the event took place at an undisclosed house at Michel Camp, where Staff-Sgt Owusu is based. In a prenuptial ceremony, the couple was clad in Military combat fatigue uniform, something which aroused the curiosity of her superior, hence her being probed.

The superiors want to know how Staff-Sgt Owusu’s lesbian ‘wife’ who is a civilian came by the army uniform.

This is an unfolding story, stay tuned.