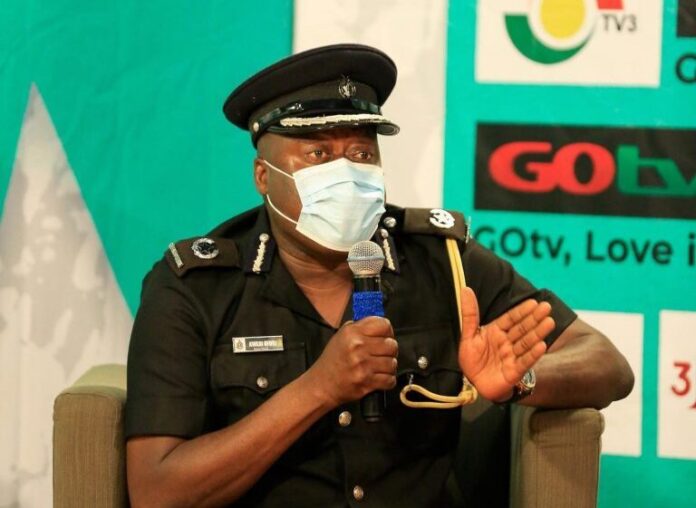 … After 34 years of Service

Barring any last-minute hitches, Deputy Commissioner of Police (DCOP) Samuel Kwasi Ofori takes a bow out of the Ghana Police Service after thirty-four years of dedicated service to the country.

The Director-General of Police Public Affairs leaves the service with unparalleled integrity and unmatched worth of experience.

DCOP Kwasi Ofori who has worked in various capacities was enlisted in the service on December 1st, 1988.

By dint of hard work, the Senior Police officer rose through the ranks to become the Director of Public Affairs of the Service.

DCOP Kwasi Ofori was formally the Divisional Commander at Adabraka in Accra and later moved to the VVIP Unit at the Flagstaff House.

In 2011 ACP Ofori was in a controversial manner yanked out as head of Operations of the Greater Accra Region as the new District Police Commander for Tafo-Pankrono in the Kumasi Metropolis.

Supt. Kwesi Ofori as he was then took over from the then commander, DSP Kwaku Buah, who was also transferred to the Tema Community 1 district in the Greater Accra Region.