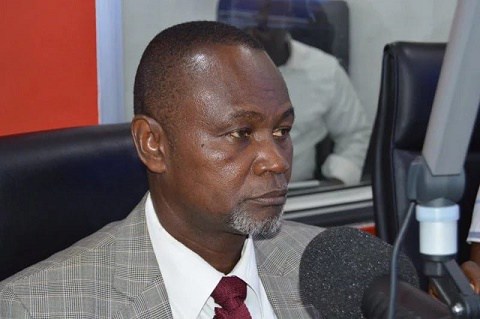 Former Member of Parliament for La Dadekotopon, Nii Amasah Namoale has expressed strong optimism that he will perform better than former President John Dramani Mahama should he be elected as presidential candidate for the opposition National Democratic Congress (NDC).

The outspoken politician said he is still on course with his ambition to run as candidate when the party opens nomination for the presidential primaries.

When asked if he will be able to defeat former president Mahama as candidate he said, “Mahama has not expressed interest so I am still going to run.”

The MP was further asked if he will step aside should Mahama contest, he said, “we are running democracy in the NDC and the party’s constitution allows any qualified member who expresses interest in the primaries to contest.”

He was speaking in an interview on Happy FM’s ‘Epa Hoa Daben’ political show.

The defeated MP in 2016 parliamentary election said he will not be intimidated by any candidate nor the amount of money people will pump into their campaign.

According to him, the comparison is nothing and does not hold water, adding “in 1998, I contested as an Assemblyman but I did not win yet in 2004, I contested for MP and I won on three consecutive times. So it is not about money but it is about ideas and the message you have for the delegates. You do not have to spend lavishly before you can win a presidential primaries. It is about your message.’’

The host asked him why he will contest former president Mahama when the party has touted his unprecedented achievements, he said, indeed the former president’s performance was far better than any other president after that of Nkrumah.

“Former President Mahama did so well than any president apart from Dr. Kwame Nkrumah. The only thing was that he lost a presidential election when he least expected, and so he has lost an election and per the party’s constitution, we have to go for primaries and contest and I feel that I can do better by letting the NDC win the 2020 presidential election.’’