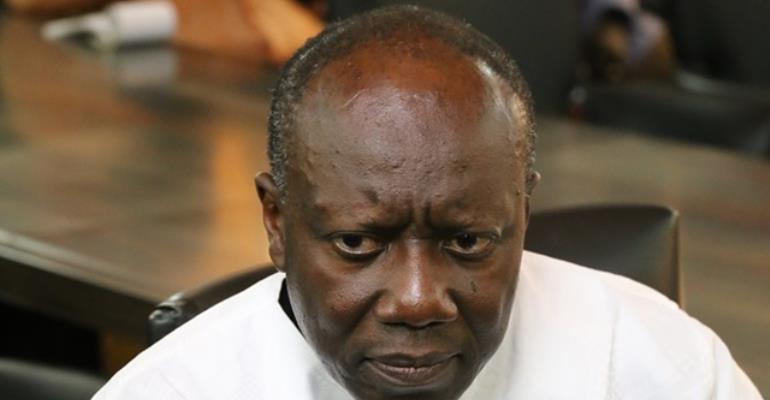 The Finance Ministry has officially endorsed a concession agreement between GPHA and IBISTEK Ghana Ltd, a wholly owned Ghanaian company for the development and operations of an on-dock container multi-purpose terminal at the Port of Takoradi.

In a letter sighted by DAYBREAK dated 11th May, 2018 and signed by the Minister of Finance, Mr. Ken Ofori-Atta, the Finance Ministry informed, that it endorses a letter from the Public Procurement Authority written and signed on 5th February, 2018, which declared that the procurement processes followed by the Ghana Ports and Harbours Authority to grant a concession to Messrs IBISTEK fully complied with the Public Procurement Act, 2003 (Act 663) as Amended.

In the letter, the Finance Minister also referenced a previous letter dated 27th December, 2017 which requested the suspension of concession agreement with Messrs IBISTEK for the development and operations of the on-dock container multi-purpose terminal at the Port of Takoradi.

“As you may recall in my letter, I directed your good self to suspend the Concession Agreement to undertake the above-mentioned project without cost to the Ghana Ports and Harbours Authority (GPHA) and government and report same to this Ministry,” the Finance Minister recounted.

The letter went further to state that “subsequent to the referenced letter, this Ministry sought the views of the Public Procurement Authority (PPA) and the Ministry of Transport (MoT) regarding the propriety of the procurement processes employed by the GPHA in concessioning the integrated terminal to IBISTEK Limited”.

Mr. Ken Ofori-Atta additionally informed both GPHA and IBISTEK that by the letter from the PPA dated 5th February, 2018, the Authority declared that, the procurement processes fully complied with the Public Procurement Act, 2003 (Act 663) as Amended.

He said the Finance Ministry also took notice of the following recommendation contained in the earlier letter from the PPA dated 6th April, 2018, advising that “We wish to recommend to the Hon. Minister that the capital cost provided by the Concessionaire for the Port Terminal Project be accepted and the suspension on the implementation reconsidered and lifted.”

The Finance Minister said his outfit has accepted the recommendation of the PPA and will, however, share a value for money analysis once completed with the parties involved. He further went ahead to advise GPHA to proceed on arrangements with its partner IBISTEK.

“You can therefore proceed to undertake the necessary actions to give effect to the Concession Agreement between GPHA and IBISTEK Limited for the development of the On-Dock Container and Multi-Purpose Terminal Project” The Finance Minister said.

The letter added that “ The Ministry on behalf of the Government of Ghana is pleased to inform AfDB that the development of the On-Dock Container Multi-Purpose Terminal is an Integral part of the implementation of the Master Plan of the Takoradi Port Expansion Project:. And that “the proposed project is expected to make positive impact nationally and locally for the Sekondi-Takoradi Municipality.”

In August 2017, the GPHA signed a 25-year concession agreement with IBISTEK Ghana Limited for the development of a 61-hectare on-dock container multi-purpose terminal to handle one million 20-footer equivalent units (TEUs) of containers at the Takoradi Port and three million tonnes of general cargo per annum.

Under the agreement, the facility, which would serve as a convergence point to receive imports and transshipment cargo, was also to serve as a one-stop-shop for all container procedures at the Takoradi Port.

IBISTEK, as the concessionaire, is responsible for the full funding of the project – from the construction of basic infrastructure to utility systems, procurement, and installation of cargo handling cranes and equipment as well as the operation of the terminal.

IBISTEK and GPHA are also developing an Oil and Gas product berth/jetty with a draft of -14 meters, capable of handling a vessel of 50,000 dead weight tonnage (dwt).

These processes were completed after a series of communications between the GPHA and the PPA and a subsequent publication of public notices in the September 11, 2017 edition of the Ghanaian Times in compliance with the directive of PPA to the GPHA on the procurement processes.