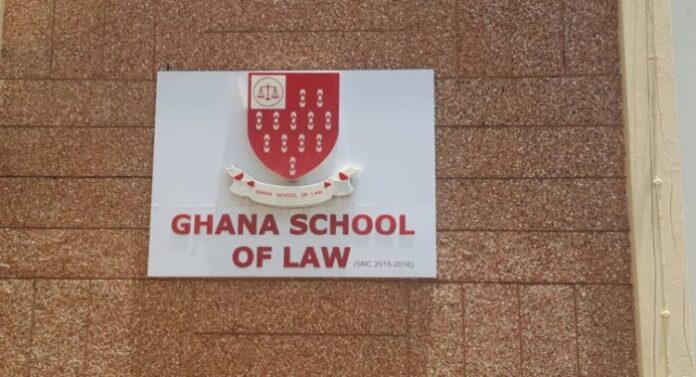 The SRC President of the Ghana Law School, Wonder Victor Kutor has been cited in an alleged fraudulent deals to enrich himself at the expense of the students he was sworn to represent.

As a result, the School’s Executive Committee has instructed the embattled President to step aside in a letter dated April 11, 2022, while it investigates allegations surrounding the purchase of a vehicle.

A statement from the Executive Council of the SRC, signed by the SRC Secretary, Safo Kwame Oheneba alleged that “On Wednesday 6th April 2022, the Executive Council of the SRC probed the President about his ownership of a car sold to the SRC bearing the chassis number 2T1BURHE0EC043574. The answers provided by the President were deemed unsatisfactory,” the statement said.

“Following a majority decision of the Executive Council, the Executive Council has resolved to set up an independent committee to investigate the purchase of the said vehicle and ascertain the complicity or otherwise of any other person or executive involved. This committee would be devoid of any executive member and composed of three persons tasked with providing an opinion report as well as a recommendation of proposed steps within 14 days.

“Pending the inquiry, members of the Executive Council have advised the President to step down until the committee’s conclusions are complete.”

Wonder Kutor was said to have been cited in a number of financial misdeeds, including misrepresenting the pricing of things acquired for the SRC and he is on the verge of being impeached by his own executives.

He was purported to have sold a damaged Toyota Corolla to the Ghana School of Law’s Kumasi campus through his company Submaxinn Consult, a car that has subsequently broken down after only one trip from Accra to Kumasi.

Besides, Wonder Kutor was also mentioned to have handled the SRC-owned mobile money business through his company “Wonder Consult,” with the earnings coming to him rather than the SRC.

Worrying is Wonder’s purchase of a Toyota Prado after selling his Corolla to the Students Representative Council (SRC), and the fact that he is escorted by two SRC employees.