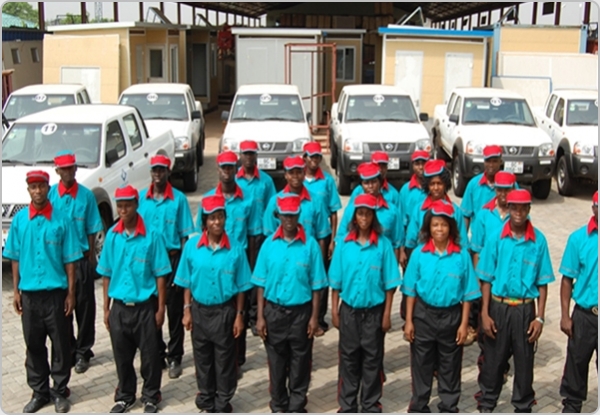 It was touted as the biggest youth-centered social intervention program in Ghana which was aimed at providing jobs for the Ghanaian youth through the provision of skills based training.

Investigations undertaken by the New Crusading Guide can confirm that LESDEP was another wasteful program which was hastily planned to reward NDC foot soldiers and party functionaries with freebies using state resources under the pretext of creating jobs for the youth.

Our checks can also confirm that no proper documentation was put in place by both the Ministry of local government and LESDEP to establish a data base to monitor the beneficiaries which the NDC claimed was over 100,000 in 2012.

The shocking truth is that not a single beneficiary of the program paid back the facility which led to the imminent collapse of the program in 2013 despite several assurances from officials of the Ministry of Local Government and LESDEP .

In March 2013, the then Minister of Finance at a program launch intimated that LESDEP was putting measures in place to ensure a 100 percent loan recovery rate but our investigations have proven no individual paid back the facility.

Stake holders the New Crusading Guide spoke to about LESDEP revealed that the government was not committed to the program and they did not understand why serious issues like the purchasing and supply of the equipments for the program were left in the hands of LESDEP.

Deep throat sources also confirmed that the contract for the supply of these services did not go through tender and were awarded to cronies and officials of LESDEP .

Our checks reveal that in one of the supply contract an accountant of LESDEP one Mr Adu who was a staff of the Accra Metropolitan Authority but on secondment formed a company for his wife called Daystar Limited and awarded several supply contract to himself.

Our checks can also confirm that prices of goods and services that were supplied LESDEP were inflated under the direction and control of Mr. Edem Gariba the former National Coordinator of LESDEP.

Due to lack of proper supervision some of the goods that were sent to the main warehouse at Abelemkpe in Accra were stolen by some staff of LESDEP. In one instance, 15 outboards motors and over 100 car batteries were reported missing by the storekeeper to management.

Our investigations also revealed that in the heat of the 2012 campaign, top party officials, some members of parliament took most of these equipment’s and conveyed them to their respective constituencies and shared them for free as part of their campaign packages for their electorates without recourse to the principle that these equipment’s were purchased with government funds .

The New Crusading Guide has some documents in our possession that can help bring the various actors of this scam to book, and former officials of government have serious questions to answer. key among them is the JOSPONG Group of companies and officials of the Ministry of Local Government should provide a list of all beneficiaries of the program, including their contact address and guarantors.

They are also required to provide a list of all suppliers under the program and details of the tendering process which resulted in the supply of goods and services running into millions of Ghana cedis including prices quotations.

We also require provision of up to date information of all beneficiaries who have paid back the facilities and how much money is outstanding and publish the list of all defaulters.

Our checks can also confirm that the number of 0ver 100,000 as stated as beneficiaries of the program was over bloated.

The New Crusading Guide is urging the government of President Akufo Addo to institute a probe into the LESDEP.

The program, Local Entrepreneurship Support Program or LESDEP was initiated and created by the late president, John Evans Atta Mills 2010 ostensibly, to create jobs for the unemployed youth. The program which was placed under the ministry of local government and rural development with an initial seed capital of 84 million Ghana cedis from the ministry of finance under the then sector minister Dr Kwabena Dufuor could not see the light of Day.

LESDEP was established by The JOSPONG group of companies as one of it numerous subsidiaries to implement the program, the arrangement was that LESDEP in collaboration with the Ministry of Local Government would identify and select prospective applicants who were rolled onto the program and trained, after the training which our checks revealed lasted for about one to two months.

LESDEP operated under the direct supervision of the Ministry of Local Government, It was responsible for the purchase and supply and distribution of all the equipments required for smooth implementation and the training of the youth in all the modules of the program with funding from government.

LESDEP set up offices throughout the country to roll out the program which got to its peak in the run up to the 2012 elections. The program became the flagship of president John Mahama election campaign with the government claiming that it benefitted over 100,000 .

Graduation ceremonies were held across the length and breadth of the country in haste and equipment and accessories ranging from sewing machines, outboard motors, hair drying kits among others including tri cycles and pick-up trucks were given to beneficiaries as startup capital.