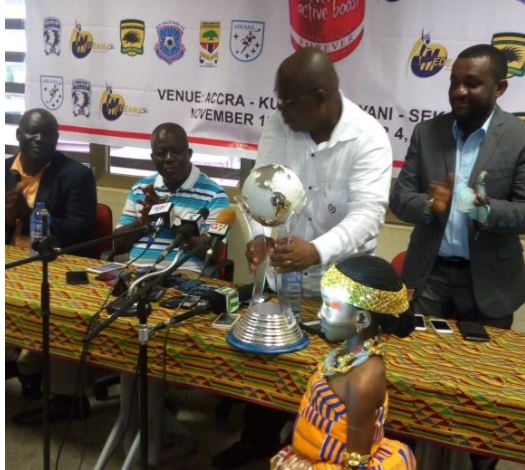 Charger Limited, producers of the finest and authentic bitters of the land, Happy Man Bitters and the Ghana League Clubs Association (GHALCA) have agreed terms of contract to make Happy Man Bitters the official beverage sponsor for the G8 tournament next year.

The sponsorship deal which commences today, December 4, 2017 is expected to last throughout the period of the tournament which starts on January 6 and ends on January 22, 2018 in Kumasi and Cape Coast respectively.

Although details of the monetary agreement between the two parties are yet to be disclosed to this website, the sponsorship contract is expected to serve the greater interest of the invitational tournament.

However, Happy Man Bitters is expected to be featured prominently on all platforms of the G8 tournament which includes the stadia, media publicity for radio, online and print.

The G8 tournament is a pre-seasonal tournament put together by the Ghana League Club Association (GHALCA) between eight teams drawn from the Top four in the Ghana Premier League, the FA Cup Champions and three zonal champions from the Division One league.