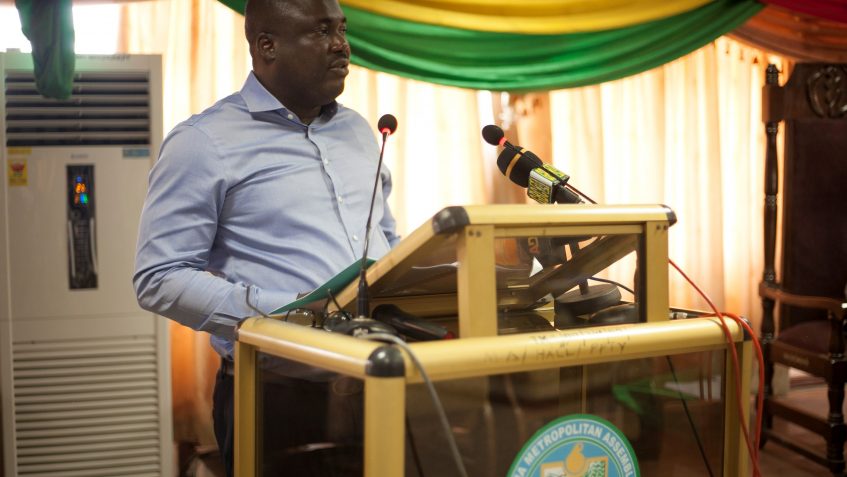 Credible information reaching the DAYBREAK indicates that the Tema Metropolitan Assembly (TMA) has been caught in a GH¢5.2 million scandal at a time when our local government agencies nationwide are having a tough time raising revenue to undertake developmental projects in the metropolis.

This alleged scandal comes at a time President, Nana Addo Dankwa Akufo-Addo and the New Patriotic party government is promising to nib corruption in the bud.

The scam follows an arrangement on the part of the Assembly, which is headed by Felix Nii Anang-La, Metropolitan Chief Executive, to outsource an aspect of its revenue collection to a company called CTK.

DAYBREAK gathered that over time, CTK dithered on routinely accounting to the Assembly, in spite of repeated promptings. The situation got worse, when it actually became adamant at filing its monthly returns to the Assembly as established in the agreement.

Our checks indicate that contrary to policy, the company prints its own tickets/invoices etc and lodge the proceeds into its CTK company accounts, hence, starving the assembly of the revenues due them. This practice has denied the assembly millions of cedis which it could use for development.

This modus operandi of the CTK Company has left tongues wagging as to whether the Tema Metropolitan Chief Executive, Felix Annag-La is in bed with the company and allegedly enjoying part of booty.

Many are wondering why the assembly has failed to detect this high level of corruption and take the necessary steps to halt the practice.

Our sources at the Assembly who spoke under condition of anonymity called on the Special Prosecutor, Martin Amidu, to direct its investigative lenses to the Tema Metropolitan Assembly, its chief executive as well as the CTK Company.