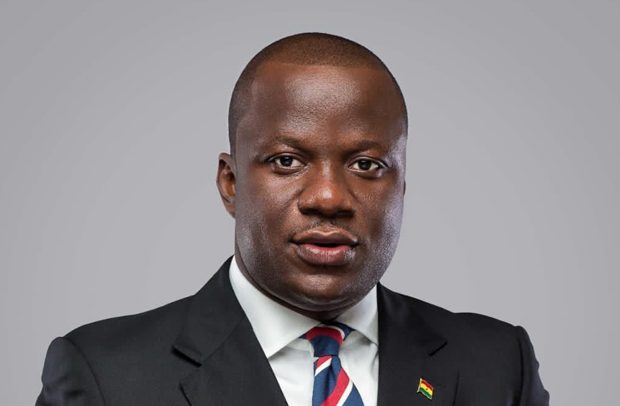 Stakeholders at the just-ended National Consultative Dialogue on Small Scale Mining have unanimously agreed that galamsey is a major threat to the future of Ghana’s water resources, particularly and the environment at large, thereby threatening Ghana’s integrity as a nation.

The stakeholders made this known in a communique issued on Thursday, April 15, 2021, after the dialogue.

According to the Communique, when properly done, small scale mining could have the key to significant economic benefits.

The communique was signed by the Minister of Lands and Natural Resources, Hon. Samuel Abu Jinapor.

Below is the Communique in full

1. Under the auspices of the Ministry of Lands and Natural Resources of the Government of Ghana, a National Consultative Dialogue on Small Scale Mining was held from 14th to 15th April 2021 at the Accra International Conference Centre, pursuant to the vision of the President of the Republic, H.E. Nana Addo Dankwa Akufo-Addo, to organize a national discourse to solicit diverse views so as to develop appropriate policy options for the small scale mining subsector.

2. Present at the Dialogue, which was opened by the President of the Republic, H.E. Nana Addo Dankwa Akufo-Addo, were the Minister responsible for Lands and Natural Resources, Hon. Samuel A. Jinapor MP, and other relevant Ministers of State, duly mandated representatives of Ministries, Departments and Agencies, Commissions, and Authorities.

4. Stakeholders at the Dialogue welcomed Government’s initiative to establish this Dialogue to deliberate on issues pertaining to the small scale mining sector with a view to developing a bi-partisan, broad-based and national consensus around a national policy on small scale mining, that promotes a responsible, viable, environmentally sustainable industry which has discarded illegalities and practices which compromise the environment and ecosystem of our country.

5. The Dialogue acknowledged and commended the quality of the contributions made by various MEMORANDA and REPORTS as well as relevant RECOMMENDATIONS received from the general public prior to the Dialogue. It has been resolved that these inputs be considered during the preparation of the final report.

6. The Dialogue acknowledged the notable contribution by the small scale mining sector of at least a third of Ghana’s gold production and 100% of its diamonds in recent years as well as a major source of supply for development minerals like clay, kaolin and limestone. In so doing the sector has been the main source of livelihoods and economic activities in some remote and deprived areas.

7. The Dialogue however noted, regrettably, that some unsustainable practices in the operations of the Small Scale Mining sector cause major health and safety challenges, leading to preventable and therefore unacceptable frequent accidents, injuries and fatalities.

8. The Dialogue again noted, with extreme concern, the preponderance of illegal small scale mining, popularly referred to as Galamsey, which has caused the worst forms of (a) pollution and contamination of our water bodies, in a lot of instances the turbidity rendering them unsuitable for traditional domestic use and even for treatment by the water company, and sometimes made toxic with chemicals like mercury and cyanide; (b) degradation of lands, in many cases leaving numerous uncovered, dangerous water-filled pits scattered over the landscape, making it unsuitable for agricultural or any other uses as well as unsafe for both human and animal occupation, and (c) atmospheric pollution, laden with dust, smoke, and chemical pollutant like mercury fumes.

9. The Dialogue, worse still, took note of the widespread allegations of the participation of or the support accorded by people of prominence in Government, public and civil service, traditional authorities, business leaders and other opinion leaders to these illegal mining activities, which has given credence and prominence to the activity.

10. The Dialogue, while noting that when properly done, small scale mining could have the key to significant economic benefits, however, unanimously agreed that galamsey is a major threat to the future of our water resources, particularly and the environment at large, thereby threatening our integrity as a nation.

11. The Dialogue therefore agreed by consensus that dealing with galamsey is a national emergency which required urgent and concerted effort. Therefore, all political parties, all stakeholder groups, all individuals need to join the development and execution of this national, not parochial, agenda to rid ourselves of the long standing issue of illegal small scale mining and the need to implement measures in eradicating it out of our society.

12. The Dialogue emphatically charged government to take steps to put in place systems that would rigidly apply the law, noting particularly the sanctions/penalties imposed by Act 995, to all those who infringe the law, irrespective of political colour or socio-economic status or class; indeed, the better placed in society and who ought to know better should have the most punitive of the penalties applied to them.

13. The Dialogue, having deliberated on the written memoranda, proposals and other submissions as well as verbal arguments, recommendations, presentations, and other submissions made, mandated the Technical Committee, headed by Hon. Benito Owusu-Bio, Member of Parliament, Atwima Nwabiagya North Constituency and former Deputy Minister of the Ministry of Lands and Natural Resources, to come up with a comprehensive report which reflects the detailed conclusions of the Dialogue. Subsequently, this report will be tabled before Cabinet for its examination and hopefully, adoption, which will make it a policy of the government.

The Dialogue resolved that the Ministry of Lands and Natural Resources will take appropriate steps, legislative and/or executive action, as the case may be, to give effect to the set of measures arising from this Dialogue and approved by government.

14. The Dialogue called on all stakeholders, all citizens and all residents as well as visitors to our country to be mindful of and give due regard/respect to the laws of the land, to ensure peaceful coexistence for all as well as build a solid foundation for our future based on our natural resources, rather than waste these and destroy our heritage.

15. The Dialogue resolved that similar consultations should be held in all mining regions and districts of our country. Further to that, other public relations tools should be employed to generate over-whelming public support for the national policy on small scale mining, as above stated.