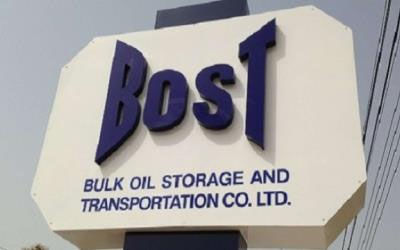 The validity or otherwise of a 2013 Committee Report which allegedly indicted some people in management positions at the Bulk Oil Distribution and Transportation (BOST) is ruffling feathers at the state agency.

Matters came to a head when lawyers for Mr. Bagnaba van-Gogh, General Manager (Field Operations) of BOST, who was also reportedly cited in the report, threatened the media and others for attempting to discuss the report.

There are media publications based on findings of a committee which investigated depot managers of BOST in 2013.

However, the lawyers are serving notice of legal action against some media houses that have published what they are saying are unsubstantiated stories against Mr. van-Gogh who was the APD Manager when the committee concluded the report as commissioned by the Energy Minister Emmanuel Armah Kofi Buah.

Lawyer’s Letter
Samson Lardy Ayenini, lawyer for Mr. van-Gogh, in a statement asked the media to “refrain from misreading, misinterpretation or misuse of a purported investigative report to deliberately discredit and maliciously injure” his client’s reputation.

The statement said “an investigative committee inquired into allegations of wrongdoing generally by depot managers of BOST in 2013. Our client, depot manager in charge of Accra Plains at the time, was among several others who attended upon the committee. No official report was issued to him about any wrongdoing on his part and he was never the subject of any disciplinary sanctions as a result of the inquiry or anytime thereafter.”

The statement said as Mr. van-Gogh has become aware, unofficially, of the purported report, he is taking “a serious view of the seeming sponsored complained conduct in reckless disregard for due process, ethical and responsible journalism.”

According to the lawyer, as APD Manager, the procedural protocol at BOST showed that Mr. van-Gogh would not have the mandate to direct or control some of the things attributed to him and also said that his client may have incurred the displeasure of some persons as he performed his official duties.
Workers’ Concerns

In the ensuing heat, some BOST workers told DAILY GUIDE that “Management should deal with this recurring issue once and for all. If they delay, the probably, our General Manager should go to court.”
They insisted that the integrity of BOST should not be undermined since they play a strategic role in national development.

The committee that investigated the 2013 report was chaired by Mrs. Clothilde Akosua Agbenorto of the National Petroleum Authority and had Ms. Dorothy Afriyie Ansah of the Ministry of Justice and Attorney General Department, Kweku Agyemang Duah of Oil Marketing Companies and Nii Lante Blankson of the Bureau of National Investigations as members. The others were Erasmus Asamoah, Andrews Owusu Berfi, Ignatius Doe and Kwame Boan Siriboe.

The committee was among others, charged to go into the conditions of service of BOST, scrutinise the curriculum vitaes of both Bagnaba van Gogh, Accra Depot Manager and one Nicholas Samari. It was also to do analysis of Waybills from1st October 1, 2012 to May 31, 2013 at both depots as well as analysis of Claims Forms for Transporters from October 1, 2012 to May 31, 2013 for both Accra Plains and Kumasi Depots.

Already, a private newspaper called ‘The Inquisitor’ has filed a complaint at the National Media Commission (NMC) against Samson Ayenini, who is also a journalist, for trying to prevent the paper from reporting on an officially commissioned report.

Then complaint filed by Gyandoh Asmah & Co, lawyers of the paper, said The Inquisitor Ventures is only trying to throw light on the report and not an agenda to defame Mr. van-Gogh.