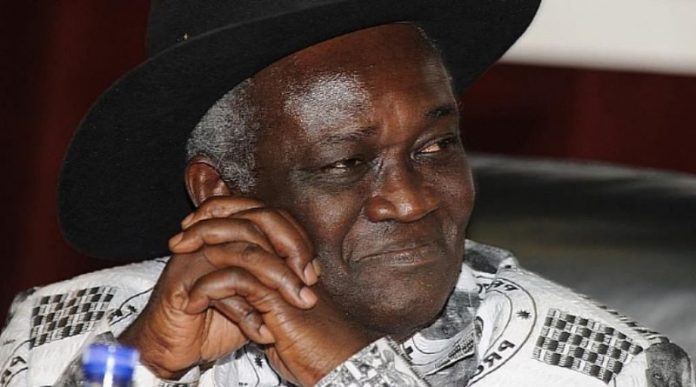 Battle For Political Control…Ahwois Have Become Too Powerful –Seth Ofori

A former Communications Director of the ruling National Democratic Congress (NDC) says the constant petty squabbling and internal wrangling within the party is borne out of the quest for political control of the NDC between two factions; the Rawlingses and the Ahwois, with the Ahwois edging past the former First Family.

Seth Ofori-Ohene claims the Ahwois are getting too powerful in the NDC which is causing disaffection and straining relations between the two factions within the party.

Speaking on Metro TV’s Good Morning Ghana show, Mr. Ofori-Ohene simplified the cause of the brouhaha as a result of leadership disconnection between the presidency and the grassroots.

“The whole issue with the NDC is a matter of political control and power as far as the party is concerned and the government…. I have grown to appreciate that within the NDC are different groups. Clearly as we speak, we have a distinct group in the NDC battling for control, that is the Rawlings group and the Ahwoi group,” he said.

According to him, people have legitimate concerns in the party but because they do not express it through the right channel, it leads to exchanges. He was of the view that the two factions are not only hindering the progress of the party, but the development of the country as well, since government is unable to set agenda for public discourse.

“For the past six months or more, public discourse has taken a different twist because government is not able to set agenda for discussion. Instead of the public discussing the good works of the NDC, they are rather discussing the problems in the party,” he bemoaned.

The former NDC Communications Director now a Political Strategist called on President Mills to critically analyze events and not take an impassioned view on the happenings within the NDC government and the sudden frosty relationship with his mentor.

“President Mills should sit down silently and ask himself why the former President Rawlings has suddenly moved against him. He must take a second look at things then he will realize where he has gone wrong or his faction has gone wrong against the former president…I think the two factions must also sit down and as a matter of urgency allow the Conflict Resolution Committee of the party and the Council of Elders to handle this difficulty that we are going through. The lieutenants or supporters of the two factions are going too far and their choice of words are unacceptable…using certain words for the president is completely unacceptable. Having accepted that there are two factions in the party, let us deal with it in a more civilized way,” he added.