Home News False Publication About The Ghana Armed Forces In Respect Of The Late... 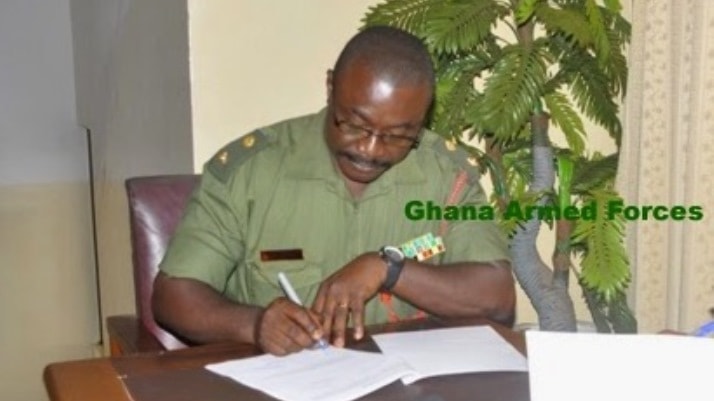 The Ghana Armed Forces {GAF} has noted with deep concern the false publication which has gone viral on social media after the late Airman 203615 LAC Vondee Atsu Francis died in a tragic road traffic accident with the popular music artiste Ebony. The reports which alleges some actions taken by GAF are not only false but demonstrates insensibility towards the emotions of the rank and file of GAF and the family of the deceased Airman.

Following reports of the accident, the mortal remains of the late LAC Vondee Atsu Francis was recovered on Friday afternoon to the 37 Military Hospital where the corpse was formally identified by the family in line with GAF Standard Operating Procedures. GAF owes a responsibility to the family of the deceased Airman to preserve and produce the mortal remains for burial and funeral rites.

All military personnel who get involved in accidents are first evacuated as soon as practicable irrespective of where the accident occurred. Recent cases include the evacuation of the corpse of the Late Cpl Fletcher Carl who died in a road traffic accident on the Bolga – Bawku road, and the medical evacuation of officer cadets who were involved in a road traffic accident in the Volta Region.   After the evacuation, investigations are conducted to among other things determine the circumstances that led to the accident with the view of putting measures in place to if possible avoid or minimize occurrence of similar incidents. In the instant case of this Airman, it is stressed that investigations are being instituted to unravel the full circumstances surrounding the sad incident.

It is therefore inaccurate and malicious for anyone to insinuate that the body of the late LAC Vondee Atsu has been detained till it serves a sentence passed by a court martial.

At this moment of national grief, we expect the public to mourn and sympathize with the bereaved families and also respect their sensibilities instead of exacerbating their pain with such a fabricated story.

The Military High Command takes this opportunity to extend their condolences to the bereaved families while wishing the injured a speedy recovery.