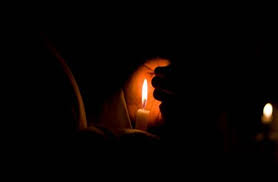 When the word ‘Dumsor’ is spoken, it elicits testimonies of the difficulties that the ordinary Ghanaian has faced in the past. Until recently, there’s been a wide range of public opinion as to whether or not ‘Dumsor’ has crept back into the country.

Meanwhile, a number of people believe that we are not out of the woods yet. We have had politicians come to the government’s rescue and others (in opposition) severely criticizing the government.

In the same vein, the Corporate Communications Director of GRIDCo did so little in the use of his glaring persuasive and informative search, subject to his availability for interviews.

It is interesting to note that, the active publics who, in turn, are the worse hit of the ‘Dumsor’ are left to decide what they make of the looming crisis as they lay supine and helpless in their dark rooms at night.

Has GRIDCo and EGG assigned politicians the role of a Crisis Management Team (CST)? Are they not able to manage relationships, issues, and crises? What might have gone amiss? In finding answers to these outstanding questions, I would like to crave your indulgence to read on.

Crisis and problem are two distinct words speaking two distinct dialects. While a crisis is difficult to predict, remains at large, and destroys an organization’s bottom line, a problem is likely to be forecasted, identified, and controlled just in time.

That notwithstanding, walking every step of the way with research in public relations can help diffuse a crisis as and when it looms.

The Ghana Grid Company (GRIDCo) and the Electricity Company of Ghana (ECG) have failed woefully to crack down the whip on the many political affiliations their crisis (Dumsor) is being labeled with, up until now. The success and failure of a company are central to its public relations efforts. That said, public relations is a sustained effort.

Even if a PR effort fails after evaluation, the Ghana Grid Company could have had to go back to the drawing table to, as it were, revise their notes on, be it, ad hoc, standing, or contingency plans. Incorporating one of these already existing plans might have saved the situation from panning out this way before the eyes of their stakeholders.

Then also, there is a deficit of risk assessment, crisis response, and issues management from the day Ghanaians experienced power cuts in every nook and cranny of the country, earlier this year. I’m usually fascinated at the sight of how a relationship pans out once the values of a company and its ‘publics’ intersect. However, provided the values of the ‘publics’ of GRIDCo and ECG (investors, customers, employees, stakeholders, etc.) are procrastination, then, there’s no cause for enormous concern.

Forming a crisis management team could not have come at a better time, given that these companies (GRIDCo and ECG) do not have one. A crisis management team looks to delegate some roles to experts critical to managing a crisis in the heat of things. The team includes crisis managers, counsels (such as legal, financial, and public relations), stakeholder communications strategies, a media information centre, and an emergency operations centre (EOC) layout.

I am very particular about stakeholder communication strategies. This strategy could have spared GRIDCo/ECG and the government the many threats and vitriolic language by the court of public opinion. Getting into the crux of stakeholder communication strategies, the people who hold a stake in the product/service of the company (GRIDCo) are worth considering every step of the way – employees, the media, curious public, board of directors, major stockholders, financial analysts, regulators/ public officials, unions and community leaders.

GRIDCo and ECG’s poor crisis management has left crisis communication at the mercy of political lines. These companies may have news releases justifying to a logical conclusion as to why there is a need for power outages for the time being. Regardless, the growing concerns, if not addressed through a crisis communications plan, suggest a one-way communication approach. It appears to me as though GRIDCo and ECG left off its PR efforts to the government of the day to control.

The news release has come at the wrong time where all the stakeholders have bared their teeth against GRIDCo and ECG. The relationship management function is twice as much at fault.

The customer public, most importantly, are oblivious of these fact-findings as has been demonstrated in the recent media release from GRIDCo under the auspices of the Electricity Company of Ghana (ECG).

“In this regard, the Pokuse Bulk Supply Point (SP) which is completed and sponsored by the Millennium Challenge Corporation (MCC) under the auspices of the Millennium Development Authority (MIDA) will require a tie-in to Gridco’s 330kv transmission line.”

This exercise will require a complete shutdown of the 330 lines thereby affecting power supply reliability to the Malam BSP.

In view of this, the Electricity Company of Ghana wishes to customers and the general public that, the tie-in works will take eight d days from Monday 10th to Monday, 17th May, 2021 and will affect the power supply to some customers in the North-Eastern parts of Accra.”

As part of every crisis management team, the Chief Executive Officer (CEO) delegates or spearheads the affairs of the team by way of performing the role of a crisis manager. In the case of GRIDCO, the CEO of Ghana Grid Company Limited (GRIDCo), Jonathan Amoako Baah, said these words in an interview on Joy News following the release of the ‘Dumsor’ timetable.

“We want you to bear with us whenever your power goes off. Know that there is a problem and the problem is being attended to. That is why it has been taken off. It is not human intervention. Please bear with us, when you see such a thing, try and find out what the problem is.

“We are ever ready to disseminate any information that you would want to know about the power systems and the power supply…for every heart to be at ease. We do not intentionally take people off [the grid].”

From a more mature perspective, GRIDCo’s CEO is employing elements of image restorative discourse (mortification and a plea for corrective action) at a time when its intervening public (politicians in government/opposition) has already exacerbated matters in front of its stakeholders.

GRIDCo in collaboration with ECG is broaching the subject of a ‘Dumsor’ timetable at a time where all stakeholders of GRIDCo are fed a cocktail of spins and expert opinion. I suggest that the Integrated Marketing Communications (IMC) team of GRIDCo resort to an IMC, communications and ethics audit in an attempt to mend broken hearts, especially in the north-eastern part of Accra – affected areas of the load shedding exercise.

To that end, I have my doubts that the Ghana Grid Company (GRIDCo) has a formidable Public Relations team/department capable of mapping out a crisis communications plan with a coordinated effort and avoiding unnecessary public outrage.

‘Dumsor’: Reduce the explanation and get the damn thing on – Sefa Kayi