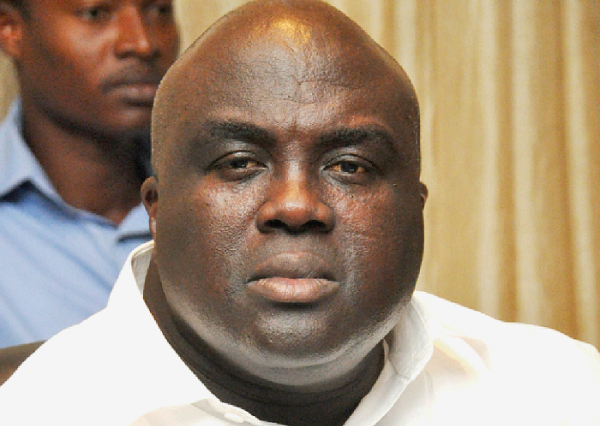 Former Chief of Staff Julius Debrah is in hot waters over queries from the Economic and Organized Crime Office (EOCO).

That is not the first time the EOCO is having to grab the former Chief of Staff to the nation’s audit Sanhedrin.

This time, it is about some controversial accounts that the erstwhile John Mahama 2012-2016 administration run, away from the prying eyes of the nation’s legislature and Accountant-General’s Office.

The matter is about allegations from the current administration which claims it has evidence to show how the Awuah-Darko-led management transferred over GH¢40 million to the presidency under John Mahama in a very bizarre manner.

It is unclear into which accounts the huge payments were made, but media reports said about GH¢40,500,000 was allegedly transferred secretly from BOST account between August 2015 and early January this year.

The NPP claimed the Awuah-Darko administration led a corrupt administration, siphoning money to the Flagstaff House – the seat of government – for unexplained purposes.

The ruling party further alleged that there were massive rotten deals under the former BOST MD, with the Office of then President John Mahama and his Chief of Staff, Julius Debrah, allegedly siphoning huge amounts of money between GH¢2.5 million and GH¢3.5 million at the end of every two weeks from 2015 under the guise of security transfers, amounting to about GH¢40.5 million.

According to documents from the ruling party, the particulars for the transactions indicated “transfer of funds accrued from security fees.”

Later in September 29 and November 17, in 2016, GH¢3.5 million each was transferred by BOST while on January 03, 2017 – when it was left with just three days for the Mahama-led government to leave office – BOST transferred GH¢3 million.

EOCO Chiefs have queried Julius Debrah on more than two occasions on this matter since the slush account, named ‘Sundry Account’ was created by the administration, with funding from BOST boss regularly trickling in to support the Office of the Chief of Staff under President John Mahama.

Julius Debrah, DAYBREAK learnt, gave little convincing answers except to say that controversial funds were to carry out some security operations.

He, however, failed to indicate which of the security agencies those funds supported.