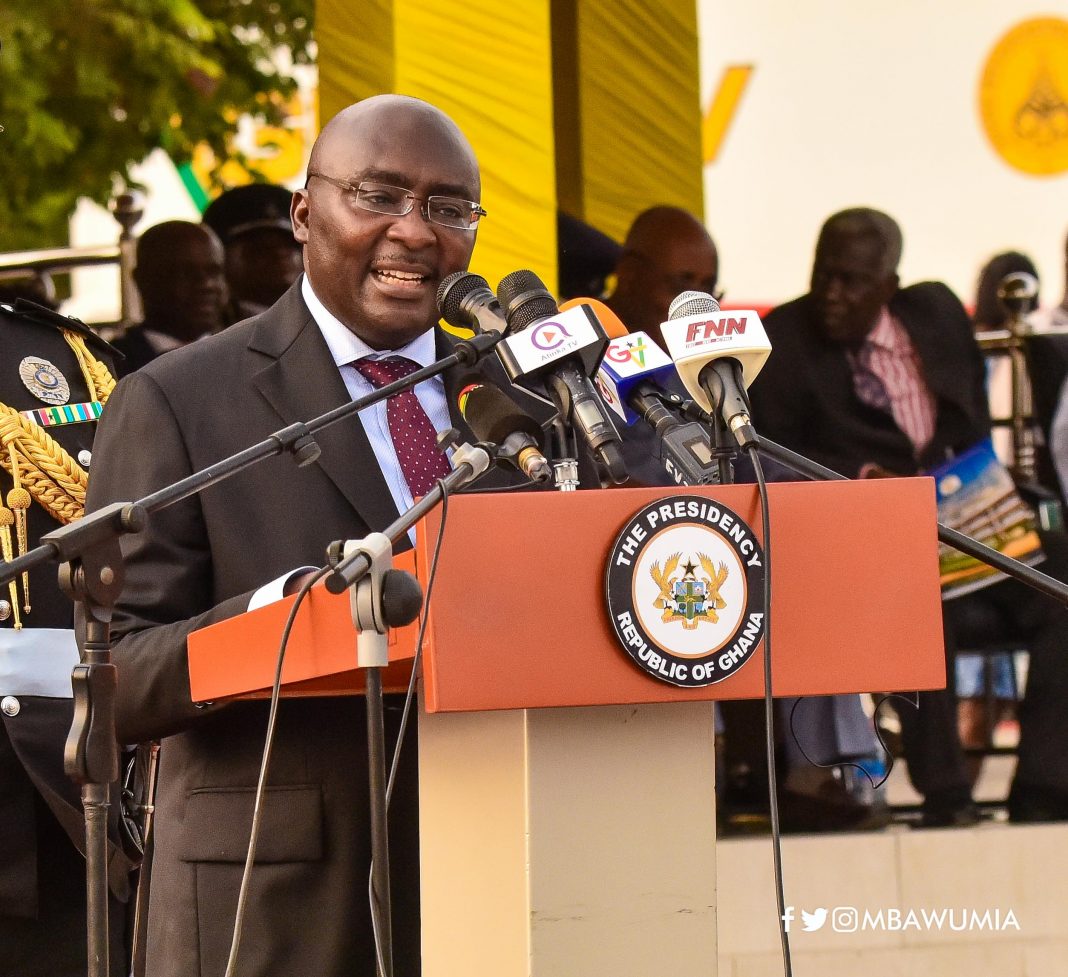 Officers and men of the Ghana Police Service have been admonished to resist the temptation to tie their destinies to the fortunes of political parties or to the ruling party of the day, as they have a unique role in safeguarding the integrity of the nation.

According to the President, a highly professional Police Service capable of discharging its duty without fear or favour would guarantee the safety of all citizens and foster national unity and cohesion.

The Vice President of the Republic, Dr Mahamudu Bawumia, gave the admonition when he read a speech on behalf of President Nana Addo Dankwa Akufo-Addo at the 47th Cadet Officers’ Graduation Parade at the National Police Training School at Tesano, Accra on Friday February 9, 2018.

In all, 132 Cadet Officers were commissioned to the rank of Assistant Superintendent of Police.

“Ladies and gentlemen, it is in everybody’s interest that the Police Service retains the neutrality and professionalism guaranteed under the Constitution. Governments have term limits, and in a multi-party democracy, parties win and lose power.

“It is good for the health of the nation that this is so. And it is precisely for this reason that the Police Service should not tie its well-being or otherwise to the fortunes of political parties nor to the ruling party of the day. Doing so undermines your integrity, your professionalism, and puts all of us at risk in the long run” the President admonished.

“As President, and together with you, the leadership of the Ghana Police Service, we must ensure that the Police Service is left to focus on its core mandate, and not be an appendage of the ruling party. I envisage a Police Service that goes about its duty of protecting ordinary citizens confident that there will be no interference from the powers that be.”

Government, the President said, would do all in its power to provide the necessary logistics and resources to the Ghana Police Service to enable it discharge its duties, especially in the wake of reports of lawlessness and mob violence. Practical support, such as rehabilitation and equipping of police stations across the country to standardize the infrastructure,as well as protective gear, guns and ammunition would soon receive prominent attention.