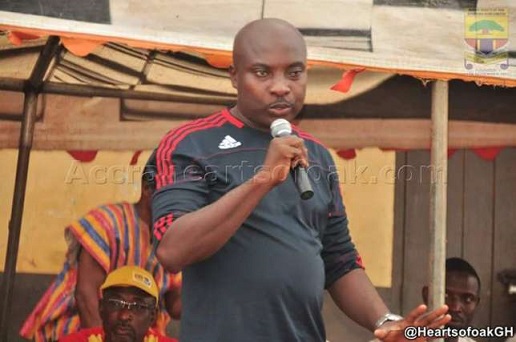 Opare Addo, the Public Relations Officer for Accra Hearts Of Oak has said Accra Great Olympics cannot be blamed for exercising, what he described as their “legal right” after putting the 2017/18 Ghana Premier League (GPL), season on hold.

The management of Great Olympics lead by the Mr. Commodore Mensah – General Manager, on Monday afternoon served the Ghana Football Association (GFA) with a court injunction letter, barring the Association from holding any activity that had got connection with the GPL.

The GFA after receiving the letter had to cancel the launch of the new league season which was fixed for the Tuesday evening at the Football Association’s headquarters in Accra.

With the latest twist to events, it is still unclear when an already delayed 2017/18 season would start.

Mr Addo, in an interview with the GNA Sports admitted that even though the timing was bad, Olympics had done nothing out of the law.

“On Saturday I heard he (Commodore) was going to do this before the league starts. Hearing this news this afternoon makes me feel Olympics have done what they feel is in their legal right,” Mr Addo said.

“I do not think anybody should blame them for the action they took, so far as it is within the law. We can only complain with regards to the timing but not the action.”

“The timing on the contrary will affect planning of coaches as well as various plans of teams,” he added.