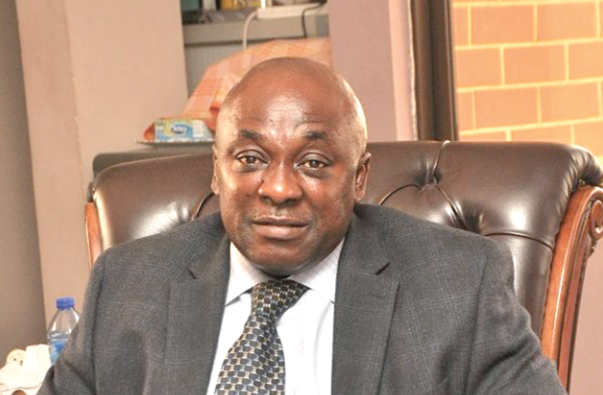 In a desperate attempt to kick out West Blue Consulting and GCNet, the Ministry of Trade has resorted to churning out lies to create public disaffection for the existing vendors operating single window at the ports.

The Ministry of Trade which recently offered a 10-year sole sourced contract to Ghana Link and its overseas partners, CUPIA Korea Customs Service without due process to offer a third Single Window is bent on taking over from the existing vendors using all means available.

In an attempt to achieve its aim, the deputy Trade Minister, Carlos Ahenkorah has been granting interviews to the media churning out cooked figures to justify why Ghana Links’ UNIPASS should take over single window operations at the ports.

In a recent interview with TV3, the deputy Trade Minister said the two existing systems would have to be scrapped, stating that UNIPASS will be doing what the existing vendors are doing.

Explaining why UNIPASS must takeover West Blue and GCNet at all cost, Mr. Ahenkorah said “GCNet at the moment is taking 0.4%, and West Blue is taking 1% of every declaration that passes through their system…when you put this two together you get 1.4%. But this new system that is coming to do this two is taking 0.75%”.

Documents available to the paper show that Ghana Link and its overseas partner CUPIA Korea Customs Service are going to earn 0.75 percent of total proceeds at the port per their contract which is extremely higher than what the existing vendors are receiving.

West Blue Consulting with its overseas partner, Customs World Dubai currently earns only 0.28 percent, which is less than half of UNIPASS’ 0.75 percent.

GCNet earns 0.4 percent. So, the two existing vendors proving single operations in Ghana together are taking 0.68 percent which is far below what UNIPASS is taking (0.75 percent).

So where lies the truth in Carlos Ahenkorah’s statement of justification for UNIPASS takeover.

Meanwhile the owner of Ghana link, Nick Danso is currently earning more for his scanning operation at the port.

So, implementing Nick Danso’s UNIPASS will earn him 1.05 percent of ports revenue which is outrageous to say the least.

Ghana Link per their 10-year contract is supposed to deploy with its overseas partners, CUPIA Korea Customs Service trade facilitation and Customs Management System at the Ports.

However, GCNet and West Blue Consulting with its overseas partner Customs World Dubai are midway with their existing contracts providing fully integrated trade facilitation and customs management system at the ports which incorporates even more modules than what UNIPASS wants to deploy at the ports.

The UNIPASS takeover also seeks to undermine the Vice President’s paperless agenda which is an ongoing port reforms.

Government of Ghana stands to lose millions of dollars at the port. This is because the existing vendors would have to unplug their systems to allow for the new system to come in place. This action will distract business at the port and cause huge revenue loss to the state.

Another big challenge is the training of Customs officials on how to operate the new system; training for stakeholders to understand how the new system works; and the errors that comes with operating such a new system before it reaches it smooth operating level which takes years.