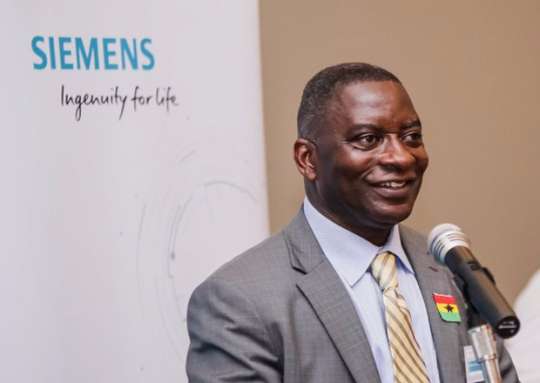 In the wake of constant news headlines of political and corporate corruption in Ghanaian media, it is expedient to draw lessons from how the global engineering giant, Siemens; has been fighting and overcoming corruption.

In 2007 the company hit the worst crisis in its 170-year history. Siemens was found to have systematically violated anti-corruption laws and accounting regulations in one of the biggest ever business corruption scandals, spanning markets internationally.

What followed was a turning point for a firm with a turnover now close to €80 billion, operations in more than 200 countries and some 351,000 employees.

The Company cooperated with investigators, and launched its own probe into every part of the business. It paid $1.6 billion in fines in Germany and the US, and launched a massive cull of management. The CEO and chairman were forced out.

Most importantly, Siemens discovered that it did not need to bribe. Indeed, its products would stand on their merit.

Thus over the next two years, the German company developed and implemented the world’s most rigorous compliance management system. Today its anti-corruption policy governs operations in almost every country in the world.

Notably, Siemens has effectively turned the crisis into an opportunity. The sense of urgency created by the scandal inspired changes, which may not otherwise have been possible.

Now, any party wishing to contract with Siemens is sent a letter outlining the Company’s ethical commitments. It will not bribe, and it undertakes to report corruption anywhere it is found.

The company makes sure staff, contractors and customers understand the impact of corruption, as a destructive practice, which enriches a few but impoverishes many.

Siemens’ arguments against corruption are ethical, economic, social and political. Corruption damages societies, communities and economies. It forces taxpayers to pay more for less. Corrupt deals lead to inferior infrastructure, and undermine the business principle of a level playing field.

In Africa, corruption cheats governments of $50 billion a year, according to the pan-African Institute for Security Studies (ISS), which has described corruption as a “neglected human rights violation and a major catalyst for migration and terrorism.”

Corruption robs nations of resources and potential, and stands in the way of successful cities, sustainable economies and safe societies. It discourages donors and destroys investor confidence, strangling development, progress and prosperity.

Transparency International has shown that levels of corruption in a country have a direct correlation with its development.

Corruption is by no means only an African problem. Indeed, a report by the African Development Bank and Global Financial Integrity found that up to 65 per cent of the $60 billion in revenue lost to Africa in 2010 through illicit financial flows, in fact, disappeared in commercial transactions involving multinational companies.

Siemens today recognises its past role in corruption and pledges to have no further part in it. It prides itself as part of a growing corporate and state ecosystem working against the scourge of corruption nationally and internationally.

This is paying off, as in 2016, Siemens was again recognised by the Dow Jones Sustainability Index as one of the most sustainable industrial companies, with 89 out of 100 points overall and top marks in nine of the 20 categories, including corporate citizenship.

Since the 2007 scandal, German and US prosecutors have recognised Siemens’ extraordinary cooperation and extensive remediation and compliance programme.

Contracting authorities worldwide have shown that they consider Siemens AG to be a reliable and responsible contractor by consistently awarding it large projects.

The World Bank has explicitly acknowledged the “robust” and “comprehensive” self-cleansing measures taken by Siemens.

Most countries also have their own policies, laws and dedicated agencies for investigating and prosecuting corruption.

But in many corporate or political systems, there is a substantial gap between policy and implementation.

The ISS points out that many countries lack the capacity to police their own anti-corruption architecture. This creates space for corrupt officials and businesspeople to continue their nefarious activities without fear of pursuit or prosecution.

However, Siemens actively manages its own compliance. It recognises the cultural conditions and economic environments in which corruption happens. But it is not tolerated. Corruption can’t happen in isolation. It takes two parties and Siemens will not be one of them.

Siemens’ financial results have improved every year in the 10 years since its new compliance regime took effect. This is also good for its staff safety, morale and performance.

Siemens says it wants a reputation, not just as a global leader in Engineering, but also in Ethics. It wants to be associated with ingenuity in infrastructure, as well as reliability, fairness and integrity in business.

All managers at Siemens are mandated to take direct responsibility for preventing, detecting and responding to corruption. This goes right to the top, with the Global Legal and Compliance Team reporting directly to the International CEO, Joe Kaeser.

It is commendable that Siemens acts swiftly against any contravention with rigorous punitive action. Compliance forms the basis for all the Company’s decisions and activities.

Since late 2013, Siemens’ Chief Compliance Officer has chaired the Anti-Bribery and Corruption Policy Group of the OECD’s Business and Industry Advisory Committee.

Compliance is embedded throughout the Company through communication and training that strengthen the culture of integrity among Siemens’ employees.

Additionally, Siemens’ Management is trained to build compliance risk into every business decision, and compliance is guided and enforced by powerful senior compliance officers working closely with management and staff.

Siemens today has precise guidelines for managers to observe competition and anti-corruption law, the correct handling of donations, the avoidance of conflicts of interest, the prohibition of insider trading, and the protection of company assets.

New staff at Siemens are even screened for integrity during the recruitment process.

Siemens’ commitment to clean business is a competitive advantage, even if ‘it sometimes fails to secure contracts because of its ethical approach. It doesn’t want business, which is awarded corruptly.’

Bribery means that customers pay more and get an inferior product, which is a huge problem when the product is a railway line, a power station or a hospital, which must deliver safely-critical services to millions of people for decades.

At the time of its scandal, Siemens thought it was compliant with all relevant financial and legal standards. But it hadn’t invested in compliance as an independent function.

This has since been one of the Company’s biggest single human resource investments.

Compliance is now a function with hundreds of senior people globally. Siemens has today recovered from the scandal. And it has made it a better business.

Much of the corruption in Africa happens in large infrastructure projects, according to Eric Pelser, head of a pan-African organised crime monitoring network called ENACT. This typically involves government agencies and big business.

“The corporates hold the power,” Pelser says. “If they reject corruption and enforce compliance we’d see a massive decrease in African corruption overall.”

“Siemens is proud to be part of that solution,” one of its top officials asserts.