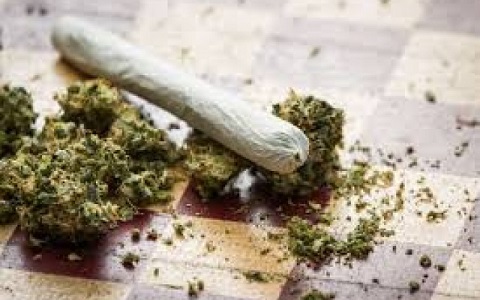 The Ashanti Regional Director of the Narcotics Control Board (NACOB), Francis Amoah, has identified Ashanti, Brong Ahafo and Volta regions as areas with high production of marijuana locally known as ‘wee’.

He observed that the cultivation of the illegal drug in these regions makes it easily accessible and stress-free in purchasing in those areas.

“Here in Ashanti region, we need to do everything possible to ensure that smoking of marijuana is curtailed. Ashanti region, Brong Ahafo and Volta region are places where ‘wee’ is grown on a large scale which makes it easy for young men and women to have access. Because the quantity of production here [Asanti region] is high, it is very cheap and makes it easy for people to buy and smoke,” he explained in an interview with Adehye? FM and Kumasi FM’s Daniel Abugri.

Focusing on the Ashanti region, he said even though they are yet to come out with figures to indicate the number of cases they have recorded in connection with narcotic drugs, their intelligence shows that the consumption of illicit drugs particularly the marijuana which is highly patronised by the youth is on the increase and so the office of the Narcotics Control Board in conjunction with the police in the region is working diligently to get it eradicated.

“Illicit drugs destroy society and human health. There are several places in Ashanti region where we need to collaborate more with the police to ensure that smoking of marijuana is clamped down,” he added.

Mr Amoah indicated that information concerning areas where the ‘wee’ production takes place is scarce and urged the public to volunteer to offer leads to make the fight against illegal drugs successful.

He also bemoaned the staff strength of NACOB and admonished the recruitment of more qualified personnel to boost operations.