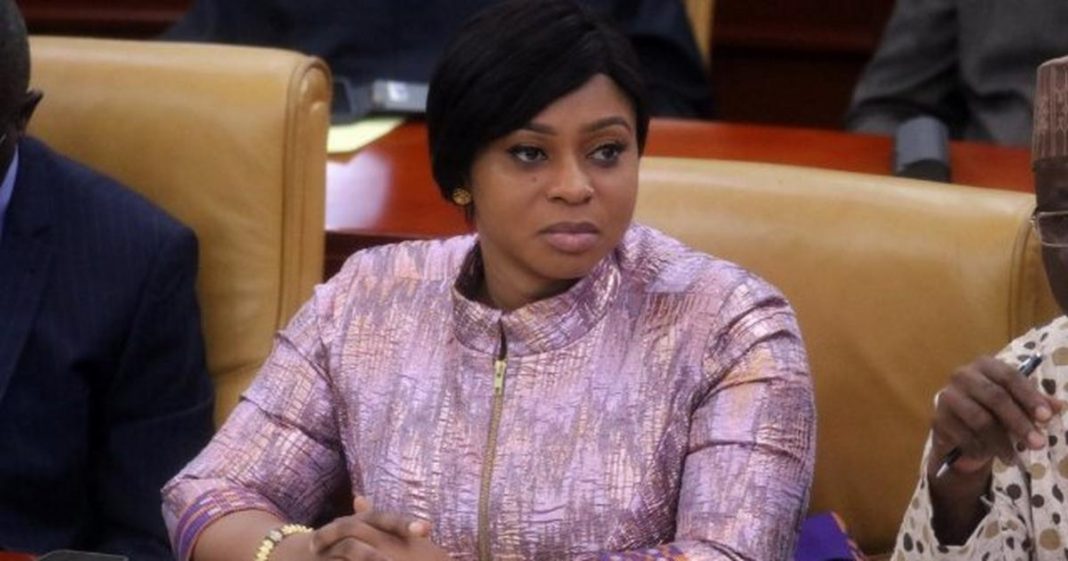 The Member of Parliament (MP) for the New Juabeng South constituency in the Eastern Region, Michael Kofi Okyere Baafi, has expressed grave concern about the continued absence of his colleague and MP for the people of the Dome-Kwabenya constituency.

According to the former boss of the Ghana Free Zones Authority and now Deputy Minister for Trade and Industry, the actions of Sarah Adwoa Safo are intentional.

Speaking on a Radio Station in Kumasi, the stronghold of the governing New Patriotic Party (NPP), the first time parliamentarian, said the absence of the on-leave Minister for Gender Children and Social Protection, was hurting the party.

Without mincing words, the MP was convinced that whatever her colleague is indulging is nothing but a deliberate ploy to sabotage the Akufo-Addo government.

“Adwoa Safo cannot be found in Parliament. She is the only one who knows her whereabouts. Her intentions and behaviour suggest she wants to sabotage NPP”, he was captured in a short video saying.

According to Mr Okyere Baafi, all other MPs from their side are in parliament except the lawyer and one-time Deputy Majority Leader. The leadership of their side he lamented are aware of the situation but not forthcoming with reasons.

Ms Safo has been absent from both Parliament and the Ministry for unexplained reasons for some time now.

In place of her at the Ministry, the President last year appointed the Minister for Sanitation Cecilia Abena Dapaah to act in her stead.

The directive in October was as a result of the President’s extension of the leave of absence from office Minister of the Sector, which was to have ended on August 31, 2021.

A statement from the Presidency signed by Mr Eugene Arhin, Director of Communications, and copied to the Ghana News Agency (GNA) in Accra, explained that the Minister sought leave of absence for personal reasons.

The Caretaker Minister would, therefore, operate until further notice. She has not been available to give reasons why she has been absent from duty since last year.

Ahead of the resumption of Parliament before Christmas in 2021, she was reported to have been domiciled abroad.

But she has rushed into the country allegedly via a chartered flight for the passage of the controversial electronic levy which still hangs in limbo.

The government has also not said anything about her absence except to get her replaced at the Ministry.

The absence of the MP, it will appear will go a long way to affect the Majority side, especially at a time Ghana is experiencing its first hung Parliament.

Adwoa Safo To Take Over As Deputy Majority Leader