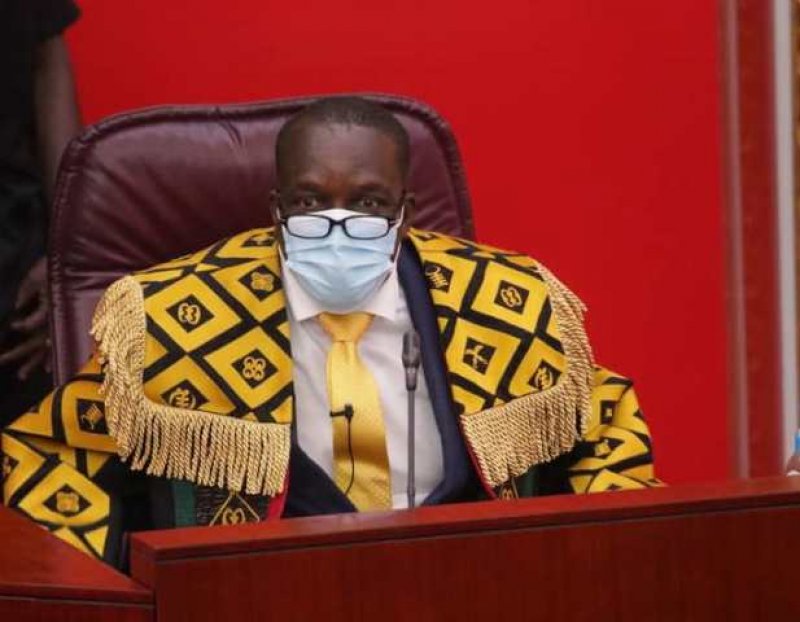 It is emerging that issues concerning the Speaker of Parliament Alban Kingsford Sumana Bagbin security and that of the august House, did not just come up.

According to information available to DAYBREAK, the Speaker who prides himself as the Number Two as far as the various arms of government is concerned has been dealing with the Ghana Armed Forces (GAF) for a while now.

He had not only requested for military protection as it is coming up now but went as far as interfering in who becomes a Marshal and heads that department of Parliament.

Sources say the Speaker had upon assumption of power on January 7, 2021, under a very controversial election, that brought the administration of his predecessor Prof. Mike Aaron Ocquay to an end, demanded serving military officer as a Marshal.

Marshals are heads of security in Ghana’s august House. They are retired officers from the security services be it military or police.

He did not only request for a particular officer (stating his name) to be assigned to the House as a Marshall, but he demanded that the said officer, be made the head of the Marshalls.

His unusual request had come about as a result of the retirement of one of the serving Marshalls in Parliament at the time.

The request by the Speaker was deemed strange because in the past, all Marshalls had been retired officers and so under no circumstance had a serving officer be made to serve as Marshall let alone head the outfit which was made up of retired officers.

But under Speaker Bagbin, who had been one of the longest-serving Members of Parliament (MP) for the people of Nadowli Kaleo constituency in the Upper West Region on the ticket of the opposition National Democratic Congress (NDC) that is the norm.

Notwithstanding the unprecedented nature of his demand, the Ghana Armed Forces obliged him and the said officer has been at his post from last year till date.

This comes in the wake of reports that the security details assigned to Mr Bagbin have been withdrawn.

Over the weekend, a leaked document from the Ghana Armed Forces (GAF) directing the withdrawal of some four soldiers from the office of the Speaker because they were assigned there “without proper procedure” found its way into the media.

“It is humbly requested that the personnel are withdrawn with effect from 14 January 2022 while efforts are made to regularise their attachment,” the January 11 letter stated.

The government also debunked rumours that it is scheming to rid Speaker Alban Bagbin of his protection.

According to the National Security Ministry, the withdrawal of some military personnel attached to the Speaker does not translate into downgrading his security detail.

But the National Security Ministry said the rationale behind the move has been misconstrued as a deliberate ploy by the Executive.

“The Ministry of National Security would like to place on record that, contrary to the aforesaid misinterpretation, all requisite resources including logistics and personnel required for the full protection of the Speaker have been provided,” the Ministry said.

The letter did not state whether a provision will be made in the interim while an arrangement is made to get the Speaker new military personnel.

But the statement released on January 15, by the Ministry further explained that “the Ghana Armed Forces do not form part of the security detail for the Speaker and Parliament as Parliamentary security support is provided by the Ghana Police Service.”

For that matter, “any need for specific agency support is typically executed on a need-basis in accordance with stated protocols.”

On the back of this, the Ministry insisted that “there has neither been a withdrawal of the security detail for the Speaker nor a reduction in the security strength of Parliament.”