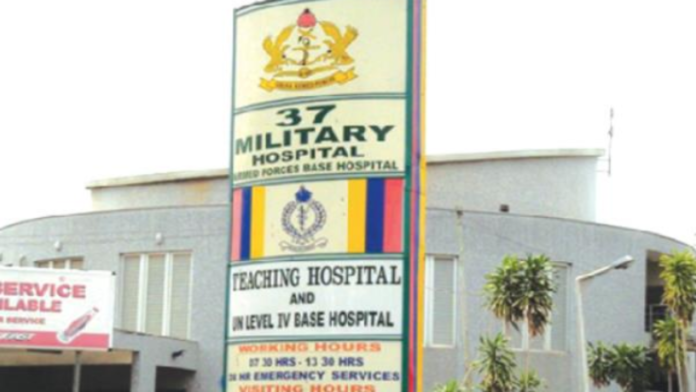 The Management of 37 Military Hospital are yet to come to terms over the strange circumstances under which a whopping GH¢8.9 million debt was incurred.

The previous administration has been evasive in what appears to be “a hide and seek game” to bring clarity to the matter.

“After the Handing Over-Taking Over of Command of the 37 Military Hospital, efforts were made over the past month to obtain an in-depth understanding of critical aspects of the administration of the hospital for effective management” a restricted document dated July 27, 2022 intercepted by this paper read.

“It surely will not be prudent to attempt to build upon this unclear situation or drag it along without a clear understanding of the subject, especially when the hospital is owing GH¢8.9 million, an equivalent of a million US Dollars, against an NHIL and a Private Insurance revenue credit of GH¢3.7 million and GH¢1.5 million respectively.”

It noted “more so, there is no reason to expect the challenges under which this occurred to change. It is thus necessary to clarify these outstanding issues before transactions [are] made…”

The document maintained that the hospital depends heavily on internally Generated Funds (IGF), which include the NHIL refund adding that the collection of IGF is thus a crucial factor in the running of the hospital.